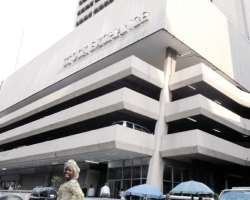 ABUJA, August 10, (THEWILL) - Following the removal of the Director General of the Nigerian Stock Exchange (NSE), Prof. Ndi Onyuike-Okereke and President, Alhaji Aliko Dangote, the Securities and Exchange Commission (SEC) is set to arraign 260 individuals before the Investment and Securities Tribunal (IST) over allegations of share price manipulation and insider dealings.

Director General of SEC, Ms. Arunma Oteh who disclosed this at an interactive session with the House of Representatives Committee on Capital Market said due to the series of allegations from investors on share price manipulation, the commission has concluded arrangements to prosecute 260 indicted individuals and companies.

Oteh told the committee that "We have also been working very hard on some of the complaints that ordinary investors have shared with us as to some of the things that happen in our market. As a result of that, we are going to take about 260 individuals and entities to the Investment and Securities Tribunal for different types of allegations of share price manipulation and insider dealings".

She explained that "there have been allegations of insider dealings, of share price manipulations, of weakness in enforcement of excessive risk taking and notably, the fact that there have been a lot of marginal loans that were taken both by institutional investors and by retail investors with no adequate guidelines," she said.

Oteh explained that the market had crashed because "We had a market that was not as deep, or as broad as it will be because breadth and depth help immunize the market against crises. Because the crisis that we experienced is what other countries experience. What is important is to have a market that is deep and broad such that it doesn’t have that kind of impact that it have had on our economy."

According to her, SEC has since taken stock of the developments in the sector and is working out modalities to restore investors’ confidence and return sanity to the market.

"As regulators, we have also looked at the things that we haven’t done over the last few years that impacted on the market and led to, or accelerated the crash. We feel that there haven’t been sufficient coordination amongst regulators, and I believe last year, both the ministry of finance and the central bank have put in place, measure to try and enhance this coordination, and we at the SEC have been actively participating in this aspect".

She disclosed that SEC and the CBN were collaborating with each other to develop guidelines that would ensure that the kind of excessive risk taking and the margin lending that took place in the market did not occur again.

Earlier, Chairman of the Capital Market Committee, Hon. Buba Jibril told the Director General that the House was worried about the developments in the stock market and would like to get to the root of the problem in order to stem the tide.

He expressed worry that the stock market was sensitive and critical in the development of the nation’s economy and as representatives of the people, the parliament would not leave any stone unturned in ensuring that the crisis in the sector are resolved.