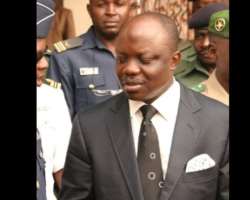 
ABUJA, August 09, (THEWILL) - Delta State Governorship aspirant on the platform of the Peoples Democratic Party (PDP), Chief Ovie Omo-Agege has urged the State Governor, Dr. Emmanuel Uduaghan to immediately implement the Comprehensive Medical Integrated Salary Scale (COMISS) to save the lives of the people of the state from avoidable death.

Reacting to the on going industrial action by Medical Doctors and staff of the Health Management Board (HMB), Omo-Agege accused the state government of toying with the lives of Deltans.

The health workers embarked on the industrial action to press for the implementation of COMISS, which is already being implemented by Bayelsa, Rivers, Akwa Ibom and other oil producing states in the South South.

In a press statement emailed to THEWILL, Omo-Agege called on Uduaghan to re-order the priority of his government in favour of the people of the state.

According to him, there is the need for the government to review the 2010 Appropriation where N4 billion was voted for Government House, an amount that could have been channeled to revamp the crisis ridden health sector, pay health workers and meet other obligations.

"Government has failed to meet its obligations to health and educational sectors because of the widespread graft in the ministries of works and energy in which bloated Bill Of Quantities are the order of the day. A unit of street lights that ordinary cost N200, 000 are awarded for N1 million without due and competitive tender processes.

"Once government block the financial drain pipes, free education at all levels, free health services, massive infrastructural development are achievable within the present financial profile of Delta state", he said.