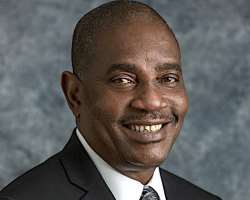 Onitsha, Eastern Nigeria, Wednesday, 25th Jan 2023: There has been a floodgate of whimsical and capricious presidential appointments into Nigeria’s federal public institutions; done without recourse to the country’s democratic and cultural pluralism and moral ethics. It has become so bad and unchecked that the country’s presidency goes about with reckless abandon flooding the country’s hallowed public institutions with dark forces and champions of barbarism as well as persons of unclean character and integrity; in addition to those promoting radical religiosity, ethnicity and butcheries. In the policing, security and defense establishments including their oversights, competence, professionalism, geo-balancing, merit and moral uprightness have disappeared paving ways for senior officers who masterminded or still mastermind conduct atrocities including butchering of defenseless and unarmed citizens and other forms of grave crimes against persons and properties being recklessly rewarded with plum defense, policing and security posts or appointments and postings.

Such recent presidential appointments are gravely contrary to the country’s multicultural, religious and ethnic settings or compositions and constitutional Sections 15 (5) (impeccability of character), 10 (adoption of no state religion), 14 (3) (balanced allocation of federal office appointments), 217 (3)(balanced composition of the officer corps and other ranks of the armed forces of the Federation and 42 (freedom from discrimination or disabilities). The worst of it all is the fact that the country’s presidency does not give a hoot over public outcries while making such appointments. A typical case in point was the recent appointment of several persons of minus and compromised characters as ‘INEC National and State Resident Electoral Commissioners’; to the extent that despite several public outcries, the Senate went ahead and confirmed them on 6th Oct 2022 as controversially nominated by the presidency.

The latest unannounced appointment of Retired IGP Solomon Arase as the new Chairman of Police Service Commission is another typical case in point. It must be generally pointed out the very idea of establishing the Police Service Commission back in 2001 by the Obasanjo Presidency is long dead. The original idea was to intellectualize and sanitize the Nigeria Police Force including ensuring effective checks and balances, competence, professionalism, ethno-religious balancing and ridding the Force of chronic corruption, corrupt practices and police brutalities. The ‘spirit’ of PSC died when the country’s federal political authorities began to flood and appoint incompetent, immoral and corrupt retired IGPs as Chairs of PSC in quick succession.

Our gathered and archived pieces of intelligence have revealed that a floodgate of former top military and police officers that held sway between July 2015 and Dec 2022 are making riotous inroads into Nigeria’s public institutions for appointment and headship following their regional and international blacklisting over their grisly murderous human rights records. Retired IGP Solomon Arase had gone into oblivion since his retirement as Nigeria’s IGP. It is needless to reveal what he might have gone through internationally or regionally following his dark days as Nigeria’s IGP. As IGP, he supervised and vicariously masterminded several mass killing of unarmed and defenseless Easterners including street protesters, passersby, night vigil attendants, etc. His infamous “shoot at sight order” will forever be unforgotten in the annals of the country and the living and posthumous minds of living and dead Easterners. On 30th August 2015, he ordered and no fewer than 30 unarmed protesters were killed in Port Harcourt, Yenagoa, Uyo, Calabar, Enugu and Onitsha. On 2nd Dec 2015, he ordered and 30 unarmed Easterners were killed at Onitsha Niger Bridgehead, Obodoukwu Road, Owerri Road and other parts of Onitsha. On 29th Jan 2016, he ordered and 20 unarmed Easterners were killed in Aba. On 9th Feb 2016, he ordered and not less than 30 unarmed Easterners were killed at Ngwa High School in Aba. On 29thand 30th May 2016, he ordered and 140 unarmed Easterners were massacred in Onitsha, Nkpor and Asaba. Intersociety hereby strongly condemns the appointment of chief conduct atrocity perpetrator: Retired IGP Solomon Arase as Chairman of the Police Service Commission and calls for his immediate resignation.