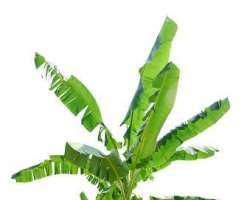 Ashes and Suckers in the African Philosophy of Perpetuation

The African peoples’ indigenous knowledge system is represented by their folklore, and this is applicable to Nigerians as well. They have the various aspects of their existence and its essence mirrored by the pieces of their folklore. Thus, their worldviews, philosophies and reflections are expressed through it. At crucial moments in their lives, they resort to this to explain phenomena, recommend measures for fixing problems, offer guidance or provide solutions to actual and imminent crises.

As important as this system of thought is, lines and expressions from it get misunderstood and consequently misapplied as a result of deficient knowledge of them. This realisation necessitates that some quality attention be paid to the knowledge system. Thus, I have devoted this particular article in the series of Courting Timeless Thoughts, to presenting an exposition on the Yorúbá adage; Iná kú, iná f’eérú b’ojú, ọgẹ̀dẹ̀ kú, f’ọmọ rẹ̀ rọ́pò (The waning fire covers itself with ashes, a dying banana tree replaces itself with suckers.)

Interpreting Ashes and Suckers
Although this expression sounds simple, its import is subtle. For that, the weight of the wisdom lurking behind the words often eludes some users and hearers alike. A cursory look at the text shows it to be a compound sentence realised through asyndeton; zero conjunction. This crafting imbues the text with some technicality. It is expected because interpreting indigenous texts is almost a reserve of elders; people with discernment. Yet, this does not make it a forbidden terrain to the young, because Ọmọ tó bá maa jẹ́ asàmú, lati kékeré ló ti maa sẹ́nu sámú sámú (A child who will become a wise adult will have been manifesting some traits of wisdom even as a child). Leaning on this, I take cover behind elders to offer some reflections on the adage in focus.

If the coordinating conjunction but is inserted into the expression, it will read: The waning fire covers itself with ashes, but a dying banana tree replaces itself with suckers. Looking at this version of the translation critically, the conjunction has provided a grammatical clue which signals contrast in meaning between the two sentences joined, placing them on different planes for interpretation. This will obviate the likely confusion which could be caused by the absence of a visible conjunction, and reduce the chances of inaccurate or wrong interpretation.

Chinua Achebe, the late Nigerian novelist, offered an insight in his first novel, Things Fall Apart. This constitutes a helpful hint on the meaning of ashes. In chapter 17, page 153 of the novel, Okonkwo is worried about Nwoye, his son. He reflects on the latter’s inclination toward women and wonders, nay, laments on why he, a roaring flame could beget an impotent ash. Right there is the wisdom contained in the adage being analysed in this discourse. So, in the African ontology, shes are ephemeral while suckers are lasting, ashes are easily blown away, but suckers can withstand winds, ashes are impotent, to use Okonkwo’s words, but suckers are productive. In sum, while ashes close up the impacts of fire, suckers immortalise banana tree.

Implications and Applications
The adage is both a call and challenge to everyone who cares about positive continuity, to pay serious attention to parenting, mentoring and leadership. One’s decisions or indecision, actions or inaction concerning these three aspects of human existence, have implications for succession. Evident from the analysis, ashes and suckers do not belong to the same category in terms of ensuring continuity. Thus, decisions about self-reproduction in any of those areas in the society require that one understands the meanings of ashes and suckers within the context of African philosophy.

Both fire and banana tree leave traces of existence. However, the worth and duration of such traces are much more important in any decision concerning succession. In the analogy, each of the two elements is a factor in the self-reproduction or perpetuation process. And it is clear, at least from the analysis, that the folkloric wisdom mocks fire for its quality of perpetuation, while it praises banana tree for the same reason.

By way of concluding, I recommend that parents and leaders in different capacities should aspire to be banana trees, not roaring flames. Renowned academics, successful administrators and respected thought leaders should recall and think seriously about the African proverb which says, He who thinks that he is leading without anybody following is only taking a walk.

In the garden of words and thoughts, timelessness is courted!