A Thorough Analysis Of Our Dear Father Obasanjo’s Letter 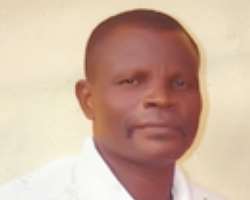 Having thoroughly gone through the letter of our dear father pa Olusegun Obasanjo, one will deduce sensitive information that can engineer us to progress as a nation in this country.

What I like most in his letter is that he thoroughly examined Peter Obi from his own perspective not because of the place he comes from. Furthermore, chief Obasanjo’s perspective is above the spirit of regionalism or tribalism. Another salient point that one can deduce from the letter and action of chief Obasanjo is that, it shows a sense of belongings and his action would make the southerners feel that they belong to Nigeria and still see Nigerians as one.

The fact is that Obasanjo could not force anybody to vote for Peter Obi. He expressed his own view according to his own personal assessment and perception.

We should note that the stand of Obasanjo in his assessment of Obi is quite above political gimmick. It is a pity that many of our politicians are being enveloped by political tantalization which is one of the bedrock of problems that face Nigerians.

Whoever has decided to fight corruption and ensure unity must have been a political saint and egalitarian. That is another salient fact I deduce from his letter.

It is crystal clear that pa Obasanjo is somebody that stands for unity of the country without fear or prejudice. I say kudos to him in that perspective.

As regards his own view about all the presidential aspirants, he is a man of knowledge and experience of life. Nobody can cow him on that. It is very significant to note that these people went to him. Why In the first instance, did they go to him? It was because they thought that he is a man of intelligence and political guru despite his age.

Although I am not a politician, it is imperative that I should write articles when it is necessary.

Therefore the controversial reactions of many people on Obasanjo’s letter do not hold water and they are of no substance to be reckoned with. I was surprised that some people said that he could not win in his own ward. This statement denotes a gross inability to see beyond their nose. The facts that Obasanjo could not win in his own ward does not mean that he is not more influential than any person in his ward and state. For deep understanding of this, now let us go briefly into the word of God. I am not comparing chief Obasanjo with Jesus Christ but I just want to borrow a leaf from the word of our Lord Jesus Christ, which says “a prophet has no respect or dignity in his own village.” Why did Jesus Christ in his own great knowledge say this? It is an indication that the failure of Obasanjo in his ward does not denote that Obasanjo’s popularity; status and personality should not be reckoned with on the security, economic and political issues in this country.

Let us be careful of the choice of words or sentence when we have any issue against him or any elderly state man. I am not supporting Obasanjo, but I see Obasanjo as our father even if his letter affects us, we should know how to address such an issue. We should also note that the palm of a lion is much greater than a whole cat. One thing I want you to know for God sake is that I am not a politician but I want my country to be in peace, harmony and unity. For verification, try to read one of my articles titled “the omen is still unacceptable” published by the Nigerian voice. Surely, the objective of any patriotic Nigerian should be peace, harmony and unity. The controversial letter could not force me to vote for Peter Obi because I would rather vote according to the dictate of my conscience. I am a Nigerian; I have had enough experience to deduce facts from any drum being drummed. My dear people or fellow Nigerians, let us leave our father Obasanjo alone and face front. If there is anybody that is affected by his letter I appeal to such a person that once he/she is sure of his/her personality there is nothing for him/her to fear. So may God bless us. Bile is bitter but truth is bitterer than bile.