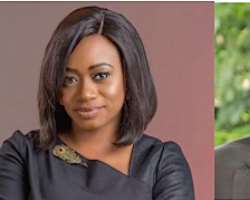 Two deputy governors of the Central Bank of Nigeria will be screened and grilled by members of Nigerian Senate tomorrow over the apex bank's new cash withdrawal limit policy.

The upper chamber planned to seek clarifications on the new directive which restricts over-the-counter cash withdrawal by individuals and organisations to N100,000 and N500,000, respectively, per week.

The CBN stated that withdrawals above the thresholds would attract processing fees of five per cent and 10 per cent for individuals and corporate entities going forward respectively.

Also, third-party cheques above N50,000 shall not be eligible for OTC payment while extant limits of N10m on clearing cheques still remain.

The circular also directed banks to load only N200 and lower denominations into their ATMs and restricted withdrawal to N20, 000 per day from ATMs.

The policy which will become effective on January 9, 2023, have elicited mixed reactions, but the CBN clarified on Wednesday that PoS operators could apply for waivers.

However, the Senate President Ahmad Lawan directed the Senate Committee on Banking to grill the two re-appointed deputy governors of the CBN, Aisha Ahmad, and Edward Adamu, who will be screened on Friday, on the new cash withdrawal policy.