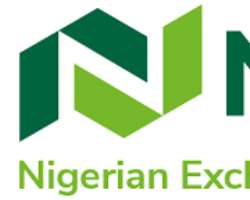 The Nigerian Exchange Limited (NGX) has disclosed that the limited flow of climate finance remains a major issue for the implementation of the mitigation and adaptation actions in Africa, particularly Nigeria.

At the signing of a Memorandum of Understanding (MoU) with International Finance Corporation (IFC) held in Lagos on Wednesday, the Chief Executive Officer, NGX, Temi Popoola, said sub-Saharan Africa is the least responsible for global climate change but remains one of the most vulnerable to the risk posed by the change.

Speaking on the theme, ‘Green and Sustainability Bond’ at aworkshop in Lagos, Popoola assured that the exchange is committed to promoting the development of long-term financial solutions that take into account the financial risks and possibilities posed by climate change, despite the limited flow of climate finance.

“Despite having contributed the least to global warming and having the lowest emissions, Africa faces exponential collateral damage, posing systemic risks to its economies, infrastructure investments, water and food systems, public health, agriculture, and livelihoods, threatening to undo its modest development gains and slip into higher levels of extreme poverty.

“The African Development Bank estimates that Africa will need investments of over $3 trillion in mitigation and adaptation by 2030 in order to implement its Nationally Determined Contributions (NDCs). However, the limited flow of climate finance remains a major issue for the implementation of mitigation and adaptation actions in Africa, particularly Nigeria,” Popoola said.

“This endeavour resulted in the issuance of the first N10.69 billion or about $25.8 million five-year green bond in 2017 to fund renewable energy development projects. This followed the Federal Government of Nigeria’s ratification of the Paris Climate Agreement, which necessitated the need for long-term financing to meet Nigeria’s NDCs in lowering greenhouse gas emissions,” he said.

Popoola noted out that the bourse in its collaboration with internationally recognised organisations such as the IFC is targeted at sharing valuable green finance experiences and best practices, as well as promoting the development of sustainable finance market segments for supporting the government, policymakers, regulators, financial market participants, domestic and international thought leaders, investors, and other market stakeholders.

Senior Country Manager, IFC, Kalim Shah said the corporation is partnering with NGX on sustainable financial products in the capital market and country at large.

He noted the MoU signed with Exchange targeted at facilitating knowledge sharing with capital market stakeholders on green social and sustainability.

Shah further disclosed that IFC has invested more than $10billion in green bonds globally since 2010 across 178 bonds in 20 currencies.