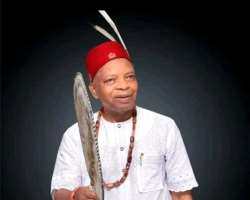 Governor Soludo in his birthday message noted that Prince Arthur Eze remains an accomplished businessman and a Philanthropist who has devoted his resources in assisting the less privileged in the society and his immediate community as well as the academia, health and religious institutions.

The Governor stated that he is delighted that the celebrant have used his massive investments in the oil and gas sector to contribute to the development of the economy of the state, country and the continent of Africa.

As the celebrant marks another year, Governor Soludo prays that God Almighty continue to grant him good health and long life in his service to God and humanity