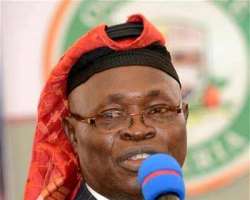 The Islamic group said such schools should be shunned pending the time the National Universities Commission (NUC) will critically examine them.

The Director, Professor Ishaq Akintola who made this disclosure in a statement on Thursday, alleged that Christian proprietors “are yet to purge themselves of tramadolised religiousity’.

The Islamic human rights organisation accused the universities of “deep-seated hatred for Muslims and their faith”.

“They are not given any space where they can pray. Hijab is an anathema in such institutions.

“Muslim students are forced to attend Christian service in the chapel where attendance registers are marked and absentees are sanctioned,” he claimed.

MURIC also accused the schools of “the poorest human rights records”, and compared them to “torture chambers”.

The statement described the failure to provide a place for Muslims learners to pray as “religious intolerance”.

It urged prospective students and their parents to make proper investigations before applying for admission into any private university.

“Those found to be owned by Christians should be avoided at all cost because they are nothing but spiritual traps set for Muslims to lose their identities,” he stated.