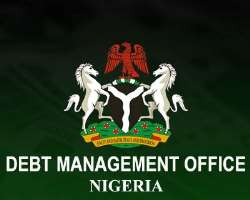 The Debt Management Office has announced the offering of N100bn Ijarah Sukuk bonds for subscriptions.

The proceeds would be invested in constructing and rehabilitating certain strategic roads across the country.

According to a statement released via the DMO website, the bonds were offered at 15.64 per cent per annum and will be due in 2032.

The statement added that the bonds were offered at N1,000 per unit. Subscriptions to the ten-year-tenured bonds started on Monday and would close on November 29, 2022.

The statement by the DMO added that the full faith and credit of the Federal Government was backing the Ijarah Sukuk bond.

“Rental payment is made half-yearly while bullet payment (principal sum) will be made on the date of maturity. Proceeds will be used solely for the construction and rehabilitation of key road projects across the six geopolitical zones of the country.

The bonds will be listed on the Nigerian Exchange Ltd. and the FMDQ Securities Exchange, and classified as a liquid asset by the CBN and certified by the Financial Regulations Advisory Council of Experts of the CBN.

Since it was introduced in 2017, Sukuk bonds have provided N612.56bn for the Federal Government and have helped in funding 71 roads and six bridges, measuring 1,881 kilometres across the country.

“The people investing in the Sukuk bond know what they are investing in. There are some restrictions. For instance, one cannot issue a Sukuk bond to build a factory producing beer or cigarettes. It is not illegal but due to ethical considerations, one may not want to finance such activities.”