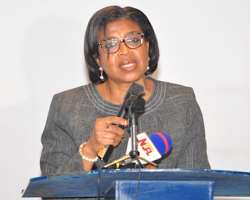 Indication has emerged that the Federal Government, FG, borrowings in the domestic market through bonds issuance skyrocketed in the third quarter of the year, Q3’22, while also squeezing the private sector borrowing in the same market.

Bond market is one of the cheapest sources of borrowing for both governments and corporate organizations in Nigeria, but investment analysts are saying that the bullish position of the government has now altered the valuations with the bonds going up to as much as 16.2499%.

At the level of the second tier of government, though only two States, Lagos and Kogi, accessed the market, borrowing a combined figure of N105 billion during the period, their stake in the market represents a remarkable development against a zero presence last year. However, the come-back amounted to just 1.36 percent of the total value of bonds issued so far this year.

Out of the N105 billion state bonds in 2022, Lagos took the lion share of N100billion while Kogi took just N5.0billion.

However, though the private sector funding from the bond market rose significantly by 182.1 percent to N189.6 billion so far in 2022, against N67.2 billion in 2021, its share of the total bond market funding is considered very negligible at 2.4 percent of the total N7.842 trillion pulled from the market so far this year.

The companies that got the funding from the bond market so far include Dangote with a predominant amount of N112billion. It was followed by Presco Plc which raised N34.5billion, LFZC Funding SP raised N25billion, Ardova Plc raised N17.2billion, and ABC Transport Industries raised N900 million.

Those that got in 2021 are Dangote Cement N50billion, C &I Leasing N10billion and Value Alliance Asset Management N7.4billion.

Investment analysts have decried the high borrowing in the domestic market by the governments especially the FG.

They believe it is crowding out the private sector that needed the funds to catalyze economic growth through investment and productivity.

They opined that the situation, if not reversed, will continue to slowdown economic growth as access to cheaper funding of private sector operations will force companies and industries to cut costs by retrenching workers, increase prices of their goods which also push up inflation, or short down operations completely due to unsustainable higher funding costs.

Reacting on the high borrowings by governments, investment analyst and CEO, Wyoming Capital and Partners, Tajudeen Olayinka, said: “In general, more listing could be evidence of more borrowing from the public, with the intent to fund rising cost of governance and increase supply of government securities in the fixed income market.

“Crowding out private sector borrowers is an invitation to raising cost of capital in the economy. It could also be a deliberate effort on the part of government and CBN to force interest rate up, in a way to avert reversal of capital flow or stem capital flight.”

He projected: “Since government is unable to generate sufficient revenue to fund its budget, it might continue on the same path in the fourth quarter of this year.”

Commenting, Managing Director/CEO, APT Securities & Funds Limited, Mallam Garba Kurfi, said: “The increase in inflation forced the rise in FGN Bond, Sukuk and Savings Bonds rates in order to attract investors. With inflation over 20% governments have no choice than to raise the rates despite that it still brings negative returns.

”The other factors causing high borrowing in the domestic market by the governments is the devaluation of naira which make foreign loan too expensive to borrow”.

”Other effect of more borrowing by the government is the scarcity of funds to buy foreign exchange which is also scarce, forcing many companies to either close their factories or reduce production”.

On his projection for the fourth quarter, Kurfi, said: “The fourth quarter may not be attractive for listing and raising of funds by private sector due to devaluation of naira and lack of foreign exchange among other factors.”

Analyst and Vice Executive Chairman, HighCap Securities Limited, David Adonri, said: ” The quantum leap in issuance of public debt (FGN and States) is as a result of their huge budget deficit and dwindled fiscal revenue.

”NNPC which is the major source of revenue to FGN has practically stopped remittances to FAAC and this has in turn diminished FAAC allocation to States. As a result, FGN and States, being in desperate need for funds to survive, have swarmed the debt market to raise money.”

Continuing, he said: “Whenever interest rate increases, as it is presently, the high cost of borrowing is a deterrence to businesses. This dampens corporate borrowing in order to preserve their profitability.

”Secondly, the excessive demand for debt by government at any cost also drives up interest rate and diminishes the volume of money available to the productive sector. This situation has depressed the equities market as financial assets migrate to public debt. The current situation is already crowding out the private sector from access to investable funds.

“FGN and States are in desperate situation financially. Their increasing appetite for domestic debt will continue with undiminished intensity and because of fear of sovereign default, capital inflow has dwindled. To enhance their political goodwill when approaching a general election, incumbents spend heavily on public works this eliciting propensity for increased borrowing by government”.

Also commenting, analyst and Head of Investment and Research at Fidelity Securities Limited, Victor Chiazor, said: “The rise in government borrowing is not surprising owing to the fact that as the country’s budget continues to expand, the government will need to fund most of its deficit budget via borrowing.

“Going by the 2023 budget as well, we expect government borrowing to continue to rise except government finds a way to increase its revenue base, which has continued to struggle for some time now.

”So long as government revenue remains weak and it continues to rely on borrowings to fund most part of its budget, this continuous rise in government borrowing will not stop. ”Also going by the CBN decision to raise monetary policy rates in a bid to fight inflation, we may not see increased activity in the debt capital market by the private sector as the interest rate will be toxic for most private businesses. The private sector will only become active again in the debt market when interest rates become low enough to support their income margins.”