Is this Nigeria’s Finest Hour? 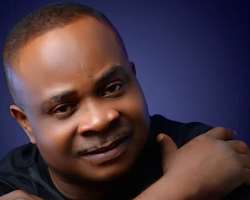 Yesterday, somebody told me that Nigeria’s finest moment had come. He just might be right. Of course there may be darkness and doubts. But it’s no longer difficult to see the outline of a sunny day in the horizon.

Yes, there is a growing belief that Nigeria's rebirth is afoot. Yes, there’s a new ferment of optimism in the land. For the first time in our country's history, there's a candidate whose acceptance has made nonsense of the usual fault lines. And among the youths and a growing list of progressive elders, the hope for a better Nigeria is on the rise. This is the new thinking and the new vibe in Nigeria today.

Well, if we must say it; Nigeria needs a re-imagination. We need a new mental frame of reference for Nigeria. No real change can take firm roots without a shift in the mental signification of Nigeria. At the moment, the pictures evoked by Nigeria in the mental databank of many people cannot lead to greatness. Nigeria brings up images of chaos, reckless murder of farmers in their sleep, decayed infrastructure, Internet fraud, corruption, mindless savagery and brazenly aborted dreams. The only people who believe the possibility of having a good life in Nigeria are members of the political class. And yes, if we must say it again; a country that evokes such a mélange of appalling images needs a complete re-imagination.

Happily, the journey to re-imagine Nigeria has begun. It began with the Nigerian youths. The youths have realized that for any genuine change to take place in the country, Nigeria itself must first be given a chance to breath. It has dawned on them that, at the moment, Nigeria dangles from the chokehold of internal colonizers who, like cruel babysitters would be just happy if the baby they are presumably nursing to health dies in their hands.

And so, after being dismissed as “lazy, do nothing” youths by President Buhari in 2018, the youths have decided to redefine themselves. They figured that to fix their broken lives, they must first fix their broken country. And so they decided to take charge. The #EndSars protests in October 2020 was a litmus test on how to overcome the challenge of organizing and mobilizing for results across the country. But it confirmed their vague intimation that with social media they could organize and demand for a historic change.

And here we are today. A nation on the cusp of change. Guided by the light of progress streamed in our hearts and homes through the social media, we are fully prepared to say “never again” with our votes. Our preparation began with a historic quest for PVC. Indeed, never before has a Nigerian election provoked such interest and enthusiasm as this one. And the authorities had better take note. For we would like to see the final votes reflect the patterns of PVC distribution across the country. It is our fervent hope that nobody will toy with that process. And that everyone should give Nigeria this crucial chance!

Next are the election narratives. This election is the ultimate coming of age of the Nigerian youths. They are firmly driving the entire storytelling and setting the agenda for everyone. But that is not enough. They will have to demonstrate a greater commitment to the cause in the field. The old guard hopes that they won't be able to muster enough hunger for results to go all out for it. The youths will do well not to let their enthusiasm wane until the winner is announced.

The fascinating thing about this new dispensation is that it leaves no one behind. There’s no Nigerian voter who is not adequately informed about the presidential candidates. The social media has peeled off layers upon layers of their personal lives for everyone to see. We are now familiar with their quirks and habits, their doublespeak, their equivocations and their annoying mumbo jumbo which in a particular candidate has been passed off as sophistry. In fact, we know which candidate has the competence, the stability of mind and the vigour of youth to lead Nigeria into a re-imagined nation-space.

Well, we didn’t arrive in this valley of heightened awareness by chance. We travelled a tortuous footpath strewn with many treacherous rivers and streams. We learned that while they made us sacrifice merit for tribe and religion, what mattered to our political leaders in Abuja was common interest. Ethnicity and religion don’t get in the way of sharing the spoils of office. And while we kill each other over farmlands and grazing routes, they hug each other on the floor of the National Assembly because there is neither discrimination nor resentment among thieves. We also learned that electing a bad politician into office is like throwing a bomb in a market square. The casualty list might include members of your own family.

So, when we put an incompetent political leader in office because they belong to our tribe or religion, we endanger ourselves. For when a mad man wields a knife, no one around him is safe.

So, yes, this might be Nigeria’s finest hour. The youths are looking beyond the constraints of ethnicity and religion to support the man who appears to represent Nigeria’s best among the leading candidates. In doing so, they are shaking off the primitive loyalties that have held Nigeria down through the ages. In doing this also, they have forced the decaying political establishment to realize that no political structure is superior to the will of a determined people. And in rooting mostly for Labour Party, they are simply saying; “we want a new Nigeria.”

Yes, brace up for a new Nigeria.
James Eze is a poet and political analyst based in Enugu.