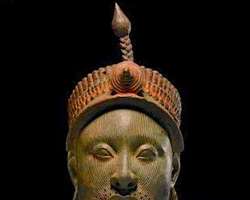 On-going contention among and between the various socio-cultural and self-determination groups on Yoruba Leadership necessitates this intervention by the Yoruba Referendum Committee and our solution to the problem.

Three broad categories are engaged in this battle for Yoruba Leadership, each ascribing the authority to speak on behalf of the Yoruba to itself, to wit: the socio-cultural groups represented by the various factions of Afenifere, alongside other non-Afenifere affiliated groups; the broad self-determination groups with each sub-group claiming Leadership, and the dominant political party in the SW, the APC.

Based on the above, the Yoruba Referendum Committee states as follows:

(i) We begin by placing Yoruba Leadership within our historical context. The formal presentation and representation of “Yoruba Leadership” began with the formation of Egbe Omo Oduduwa, whose Constitution contained the following, among others: “to study fully its(Yoruba) political problems, combat disintegrating forces of tribalism, stamp out discrimination within the group and against minorities and generally infuse the idea of a single Nationality throughout the Region” and “the propagation of the ideal of a modern Yoruba State and Federal State of Nigeria through the agency of reliable persons who share our ideals”. This clearly makes it a political entity, unlike those of today, who, while tracing their trajectory to the Egbe, describe themselves as “socio-cultural”.

(ii) It must be noted that “Self-determination/Autonomy/True Federalism/Restructuring” and “sovereignty” are Political questions which are achievable through various political means, to wit: electoralism, mass mobilization, direct and indirect engagement with electoral forces on ground etc. Even wars aimed at achieving any of these end up utilizing the political mechanism for resolution. This has been the experience within the global quests for such ends, as we have seen and are seeing in Scotland, Catalonia, the Syrian, Turkish, Iraqi and Iran Kurdistan, Ethiopia etc. Yorubaland, and by extension, Nigeria, cannot be an exception.

(iii) This is more so when previous Presidencies took political actions towards “Restructuring” through the instrumentality of various Conferences, all of which were carried out by way of “Zonal Consultations” but whose conclusions were ignored by every Presidency. These “Zonal Consultations” had no roadmap/pathway for Legitimizing their conclusions to which the central Government would be bound, which further enabled the central Governments to ignore them. Therefore, the political context for achieving the objectives must rest within the historical and contemporary context of such engagements.

(iv) Despite the Egbe’s existence, the necessity for a political party platform to contest the 1951 Parliamentary Elections led to the formation of the Action Group, whose welfarist philosophy, “Freedom for all, life more abundant” was translated into the Yoruba language as “Afenifere”. The Action Group dismissed the attempt at making the Egbe serve the partisan political purpose, by maintaining a noticeably clear identity from the Egbe, and despite the initial and temporary overlapping roles of top members of the Egbe in the Action Group.

(v) The victory of the Action Group in 1951 made it the dominant political party in the West, and it became the vehicle for Yoruba political activities in the run-up to Independence, thereby informally becoming the Yoruba leadership, even as the party was not a “Yoruba party” although its Center of Gravity was in Yorubaland.

(vi) This was the Yoruba experience during the crisis in the Western Region, the exception being the proclamation of Chief Obafemi Awolowo as the “Leader of Yorubas” during the Nigerian crisis which led to the Civil war. During this period, and despite the existence of a military administration, there was no room for partisan political activities as the entire Yoruba Nation was under siege. He jettisoned the position immediately after the war amidst the onset of partisan political activities which led to the formation of the UPN.

(viii) An aberration occurred during the “June 12” struggles, with the emergence of NADECO, with a new organization known as AFENIFERE, playing a significant role in it.

(ix) This organizational Afenifere leadership comprised most of those formerly in the Action Group and the UPN. Unlike the temporary overlapping between the Egbe and AG, the new “Afenifere” mixed up its organizational existence with the philosophical/ideological social welfarism (Afenifere) of the AG and claimed proprietary rights to both the philosophy as well as the organization.

(xi) However, “June 12” and its aftermath presented a dilemma, to wit: the comingling of the philosophy with the organizational structure, hence the issue as to whether AD is Afenifere or not. Attempting to repeat what obtained during the civil war but without similar conditions, the Afenifere leader was initially chosen as the “Spokesperson” for the Yoruba, which was eventually converted to Leader of the Yoruba. This conversion formally brought the comingling of the philosophical with the organizational and brought the conflict between AD and Afenifere to a head.

(xii) Ordinarily, the issue would have been easily resolvable, in the sense that it had already been resolved by the AG. That is, the AG was the political party that fought the necessary battles with “Afenifere” as its ideological/philosophical weapon of choice, therefore the AD could not have dissolved itself into the “new” Afenifere nor become subservient to it, with the added implication that the leader of Afenifere could not have been the leader of the Yoruba.

(xiii) From the above, it can be concluded that the only effective leadership for the Yoruba is situated within a dominant partisan political party whose Center of Gravity is in Yorubaland. If the resolution had followed this trajectory, the AD would either have become a Party comprising several tendencies or split as the AG did in 1962. Either of the options would have resulted in having the necessary partisan political platform for the various self-determination and socio-cultural groups caught in the AD/Afenifere crisis.

(xiv) The conflict resulted in the extinction of the AD as a political party, which transmuted into various political formations, and which has now ended up as the SW APC.

(xv) On the other hand, Afenifere, because it combined the philosophy with its organizational structure, foreclosed other socio-cultural and self-determination groups from appropriating the same philosophy. Yet all these groups define their ideological/philosophical bent in one form of social welfarism or the other, in other words, “Afenifere”, thereby informally making all other groups philosophically Afenifere but organizationally distinct and have no input or stake in “Afenifere’s” organizational structure.

(xvi) Hence when “Afenifere” promotes itself as the authentic Yoruba “voice” at the same time becoming an umbrella organization for all sorts of ideological persuasions, it became an organizational vehicle for political parties of which it had no control or influence and whose philosophy and ideological orientation were and still are incongruent with both the political dictates and the philosophy from which it derived its name.

(xvii) On their part, the various socio-cultural and self-determination groups embarked on political initiatives which are either farcical or tragic and laced with various shades of Yoruba Exceptionalism and atavism.

(xviii) Hence, the question of Yoruba leadership cannot be divorced from both the organizational and politically partisan vehicle of its expression which will also allow or ensure the flowering of various ideological/philosophical tendencies, and which is the hallmark of democracy. This mandates an examination of current organizational and political choices to arrive at a resolution.

(To be continued)
Editorial Board
Yoruba Referendum Committee