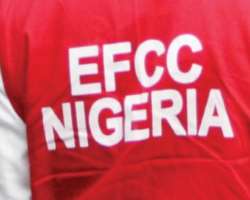 The yearly, monthly, weekly, daily and minute by minute changing reports on corruption are overwhelming.

The perpetrators' minds and bodies that energize corruption crimes are certainly overbearing for an emerging society like Nigeria.

The amount of public money misappropriated by many of these individuals for their own personal use is always so huge that in their respective lifetime they will not be able to use it up.

So could their misconducts be solely corruptly and mentally driven, if so what could be done to reduce their dangerousness to society.

For the first time in modern Nigerian history has a President, as in the case of President Goodluck Jonathan, publicly admitted that corruption is presently retarding the nation's "growth" and "development."

While the Chief Prosecutor of the nation, Mrs. Farida Waziri has also publicly admitted that acts of corruption are scaring off foreign investment from the nation. As part of the Wazirian theory on corruption reduction, she has recently called for the legal endorsement of death penalty for convicted corruption offenders.

In the same vein, the Oshodi theory on this national predicament as previously written by this author in various news outlets, is for the legislature to pass very harsh anti-corruption laws with the Sharia type punishment meted on corruption convicts.

Now the nation is clearly under national and international threat as a result of endless number of cases of corruption spanning from those currently on prolonged bail, long-drawn-out trials, on mounting appeals as well as those on runaway status or in local prisons.

Therefore, it is time to start managing these persons in a whole different way. Nothing seems to be working on their minds!

Also, is it time for a corruption offender registry? The answer is a resounding yes, and it must be a public registry.

Is it time for a Forensic Hospital and Confinement Center for Corruption Offenders (FHCCCO), of course yes, and it could become operational as soon as possible in form of private therapeutic wards or as correctional treatment ventures.

As the above institutional name indicates it could be a two-tie system, with the first for those with active cases in court but need a form of treatment and confinement as they remain dangerous to witnesses and informants.

The second phase of hospitalization and confinement is strictly for the already convicted corruption offenders in need of rehabilitative and punitive environment.

He or she should have been diagnostically assumed to suffer from what could be called "Corruptomania", an apparent impulsive and anti-social personality like syndrome that calls for ongoing study for the sake of objectivity and proper classification.

For the purpose of definition, a battery of psychological testing should be conducted on the individual to determine if he or she meets the criteria of being classified with one or more mental diseases in the areas of impulsive and social personality related ailments.

That is, psychological disturbances in the likes of the anti-moral personality, authoritarian personality, impulse control disorder and other related mental diseases with a clear and revealing picture of a criminal corruption offender.

Possible diagnosis like "Corruptomania" could be reached on the individual and the offender could be characterized as a "Corruptomanic"; however these are presumptive classifications by this author.

The battery of test must be carried out by qualified doctoral level Psychologists given their lengthy training and extensive practicum and experience in intellectual, projective, affective, personality and neuro-psychological evaluations.

Clinicians with training mainly in Psychiatry, a specialty that is related to the application of medicine to mental illness should be fully involved with the committed or confined offender only for the purpose of psychotropic medication assessment and maintenance.

For the sake of efficiency, it is emphasized that private ventures should be authorized to open and manage the forensic Mental Health Hospital-Confinement structures.

But mean while existing university teaching hospitals with some of them almost sitting empty or lacking adequate clients and clinical students should be used by the supervising private companies on contractual bases.

The atmosphere must be that of maximum security environment. This will reduce the chance of these corruptomanics threatening informants, witnesses or prejudicing their case by flying to overseas.

The goal of their being hospitalized is : 1. To keep the public safe as many or some of these offenders are known to put fear and danger in those who try to bear witness against them; 2. To stop their continued impulsive spending with all of the monies, in billions of naira or millions of dollars that they reportedly pilfered; 3. Under involuntary hospitalization, they are more likely to become out-of-pocket, and prone to freely engage in confessional and penitent-related behaviors; 4. For the convicted corruptomanic ,instead of becoming a bearer of State Execution, long-term detention would help provide the development of guilt, responsibility and controllability.

The Forensic Hospital and Confinement Center for Corruption Offenders must be expanded into a full blown phase for convicted corruptmanics where they will face both punitive consequences and therapeutic applications, all pointing to moralistic restoration.

The benefit of the this proposed system of dealing with corruption suspects or convicted corruption offenders is the allowance of not putting them in regular jails or prisons where they could face fatal and deadly acts from the general inmate population because of their crimes against the public treasury.

They need to be placed in special environments like the FHCCCO because they are corruption crime offenders and nothing else. As we all know they are highly malevolence in their advances to the public order.

While in the first or second phase of placement their seductiveness to shady or crooked money must be therapeutically addressed, so as to assist them develop an understanding of the societal, financial, and other destructive harms they have caused to the general population.

The most essential goal of corruption offender restoration is that he or she refrains from committing corruption offences in the future. This goal is more important than feelings of recovered self esteem and well-being when they return back to the society.

To reduce their temptations and recidivism rate or future reconviction, long term probation is recommended as well as the need to deny them entry into any job that calls for financial contact.

The treatment and penal direction of this proposed system of justice could help reduce the dreadful nature and consequences of corruptomanics and help them develop humane behaviors and caring ways to their nation.