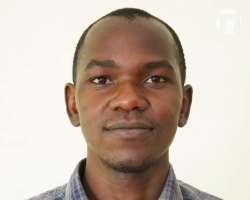 Journalist Ordj Narcisse was shot and killed on October 20, 2022, in Chad's capital N'Djamena as he was on his way to work. (Photo Credit: Leubnouji Tah Nathan)
Listen to article

Dakar, October 20, 2022 – In response to news reports that journalist Orédjé Narcisse was shot and killed on Thursday in Chad’s capital N’Djamena as he was on his way to work, the Committee to Protect Journalists issued the following statement:

Orédjé worked for the privately owned Radio Cefod and was shot outside his home by individuals wearing Chadian military uniforms as he was on his way to work, according to those reports and Leubnoudji Tah Nathan, the president of the Network of Chadian Journalists and Reporters (RJRT), who spoke to CPJ by phone and cited his conversations with eyewitnesses and Radio Cefod staff. Orédjé died from the gunshot wound as he was taken to the hospital, Leubnoudji said.

The attack comes amid demonstrations in N’Djamena demanding an end to the rule of transitional President Mahamat Déby, according to those sources. CPJ could not determine if Orédjé had been covering the protest when he was shot.

Chadian journalist Evariste Djailoramdji was killed in February while covering community violence in the southern village of Sandana.