The Boundaries Of Nigerian English For Global Communication 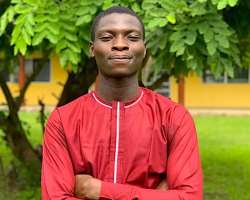 As previously asserted in my last article, Nigerian English is a local variety of the English language that captures the sociocultural realities of Nigerian people. In other words, this regional dialect is a full-fledged variety that is available to Nigerian native users of English. Essentially, it helps Nigerian natives to construct their worldview in the language. It is not a gainsaying that English is a dominant language in the country going by its official functions such as in government, business, journalism, education, among others.

Admittedly, the presence of English in the country has kept most of our indigenous languages behind the door. Of course, many homes are very much comfortable with using English to speak within their immediate family. Even, some indigenes of some local languages have outrightly prohibited their mother tongue in favour of the English language, the development is language endangerment.

English, unarguably, is a global language. It is a language that enjoys presence in different countries either as a native language, second language, or foreign language. English in Nigeria is an official second language. Though, it may be some persons' first language. However, that does not either make it their native language or their mother tongue. Nevertheless, the Nigerian English was borne out of the flexibility of the English which allows regional and local domestication. That is, it is through this regional variety that Nigerians are enabled to communicate ideas and desires that are obtainable and peculiar to their social and cultural norms.

Indeed, Nigerian English can be very desirable for us to achieve a communicative goal within our local context. Again, it is expedient to restate that Nigerian English is not an embodiment of errors. Nevertheless, as a national dialect, its usage may not be permissible for a global audience.

To start with, how does one respectfully describe one's parent's elder sister in English as expected of a culturally grounded individual? Anyway, thanks to Nigerian English which allows “big mummy’’ rather than “aunt’’ dictated by standard English. The profound Nigerian English is the only dialect where one can confidently describe one's elder or junior brother as a "blood brother" to affirm that the person is related to the speaker under the same parents. Well, to be on the safer side with foreign speakers, “brother’’ (not blood brother) is a male person who is related to you by virtue of being born to the same parents.

Moving on, a typical Nigerian who cares for more plates of a meal to satisfy his/ her appetite must necessarily make the request saying; “please, give me a second round’’. A second round, as a Nigerian phrase, implies an extra serving of food given after one has already eaten. Meanwhile, you should call it a “seconds’’ while in communication with foreign language users. Similarly, it is understandable when a Nigerian child misplaces the “second leg" of his/ her shoes. But, in global interaction, either pair of a matched object is called “mate’’. In perspective, while you can say; “Shola found the second leg of her shoes under the table last week’’ in a Nigerian communicative setting, you must say; "Shola found the mate of her shoes under the table last week’’ when speaking with foreign speakers.

What is more, it is obtainable only in Nigerian English to call little amount of money a “chicken change’’. But for an international audience, a very small or insignificant quantity, especially of money, is known as “chicken feed’’. Mark you, “419’’, and “yahoo boys’’ are Nigerian terms to label a dubious person or a person of questionable moral character. Meanwhile, outside Nigerian boundaries, such persons are called “tricksters’’.

To round off, while using Nigerian English is not a crime inasmuch it attains global intelligibility, users of this national dialect should know the boundary of its usage. Standard British and American English are globally accepted varieties. Hence, either of those varieties should be a reckoning point for any Nigerian language user who desires global relevance!