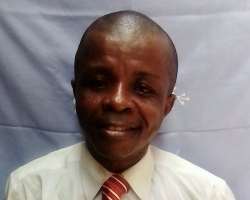 It may not be characterized as hasty to conclude that the president Muhammadu Buhari led Federal Government , after living in denial for a very long time, have finally come to terms with the fact that Nigerian workers have in the past seven to eight years faced unprecedented hardship as government continues to debate minimum wage, and not even living wage, in a country where every commodity has skyrocketed except the monthly take home of workers.

The above belief flows from a recent statement by the Minister of Labour and Employment, Dr Chris Ngige, who revealed this at the Nigeria Labour Congress public presentation titled, “Contemporary history of working-class struggle�� in Abuja, where he among other things stated that there are plans to increase the N30,000 minimum wage in the light of inflation raving the world.

He said, “The inflation is worldwide, we shall adjust the minimum wage in conformity with what is happening now. The 2019 Minimum Wage Act has a new clause for a review. The adjustment has started with the Academic Staff Union of University because of the stage they are with their primary employers, Ministry of Education, is a collective bargaining agreement negotiation. the adjustment had become important to reflect what was happening globally. In the current economic situation, the current minimum wage of N30, 000 would not, in the present economic reality, pay workers’ transportation fares to work for a month.

While this piece ‘celebrates’ the Federal Government’s sudden but late realization of the fact that Life in Nigeria, quoting Thomas hobbs, has become nasty, brutish, and short as Nigerians diminish socially and economically, and the privileged political class on their part continues to flourish in obscene splendor as they pillage and ravage the resources of our country at will, there is urgent need for the Federal Government to go beyond this salary increase gimmick to recognizing the fact that presently, no nation on the surface of the earth best typifies a country in dire need of peace and social cohesion among her various sociopolitical groups than Nigeria as myriads of sociopolitical contradictions have conspired directly and indirectly to give the unenviable tag of a country in constant search of social harmony, justice, equity, equality, and peace.

As a nation, Nigerians have never had it so bad.
Take as an illustration, Nigeria says a commentator, is a nation soaked with captivating development visions, policies and plans, but impoverished leadership and corruption-induced failure of implementation of development projects on the part of the political leaders is responsible for the under-development in the country. Mountains of evidence supports how seriously off track the present administration in the country has taken the nation with their deformed policies, ill-conceived reforms and strategies,

Today, the greatest and immediate danger to the survival of the Nigerian state today is the unwarranted, senseless, premeditated, well organized and orchestrated killings across the country.

Again, under the present administration, the country’s economy on its part has shown its inability to sustain any kind of meaningful growth that promotes the social welfare of the people. The result can be seen in the grinding poverty in the land (eighty percent of Nigerians are living on less than two dollars per day - according) to the African Development Bank (AFDB) 2018 Nigeria Economic Outlook. Nigeria is ranked among the poorest countries in the world. Sadly, according to a report from Brookings Institute, Nigeria has already overtaken India as the country with the largest number of extremely poor in early 2018 in the world. At the end of May 2018, Brookings institute’s trajectories suggest that Nigeria had about 87 million people in extreme poverty, compared with India’s 73 million. What is more, extreme poverty in Nigeria is growing by six people every minute.

This gory account have since morphed from bad to worse.

In Education for instance, the Academic Staff Union of Universities(ASUU) have been on strike for well over six months. In the same vein, 10.5 million children according to reports are out of school in Nigeria, the highest in the world.

Our industries continue to bear the brunt of a negative economic environment. As a result, job losses and unemployment continue to skyrocket, creating a serious case of social dislocation for the vast majority of our people.

The running of our country’s economy continues to go against the provisions of our constitution which stipulates forcefully that the commanding heights of the economy must not be concentrated in the hands of few people. The continous takeover of national assets through dubious (privatization) programs by politicians and their collaborators is deplorable and clearly against the people of Nigeria. 'The attempt to disengage governance from public sector control of the economy has only played into the hands of private profiteers of goods and services to the detriment of the Nigerian people'.

This malfeasance at all levels of governance has led to the destruction of social infrastructure relevant to a meaningful and acceptable level of social existence for our people. Adequate investment in this area, it has been shown, is clearly not the priority of those in power.

Our hospitals whether state owned or federal owned have become veritable death centers where people go to die rather than to be healed. The absence of basic items such as hand gloves and masks are indicative of the level of decadence and rot in the country’s health National Budget recommended by the United Nations.

With regards to the criminal justice system, our people, especially the poor and vulnerable continue to suffer unprecedented acts of intimidation and violation of rights at the hands of security agencies across the country. As noted elsewhere, Extra judicial killings, lack of scientific based investigation of crimes and corruption in the judiciary contribute to acts of injustice against the innocent. Our prisons have become places where prisoners are hardened rather than places of reformation of prisoners for reintegration back into the society

As to solution to these challenges, this piece and of course Nigerians with critical minds believe that leadership not only holds the key to unlocking the transformation question in Nigeria, but to sustain these drive leaders must carry certain genes and attributes that are representative of this order.

Thus, as the nation braces up for the 2023 general election, one point Nigerians must not fail to remember is that only a sincere and selfless leader and a politically and economically restructured polity brought about by national consensus can unleash the social and economic forces that can ensure the total transformation of the country and propel her to true greatness.

This, as argued by Nigerians with critical minds, will help ensure that there is provision of adequate social infrastructure such as genuine poverty alleviation programmes and policies, healthcare, education, job provision, massive industrialization, electricity provision to mention a few. It is critical to jettison this present socio-economic system that has bred corruption, inefficiency, primitive capital accumulation and socially excluded the vast majority of our people.

For me, the only way this can be done is to work to build a new social and political order that can mobilize the people around common interests, with visionary leadership to drive this venture. Only then can we truly begin to resolve some of the socio-economic contradictions afflicting the nation.

But in the interim, the Federal Government must abandon this minimum wage gimmicks and look for another thing to tell Nigerians.

Utomi Jerome-Mario is the Programme Coordinator (Media and Policy), Social and Economic Justice Advocacy (SEJA), Lagos. He could be reached via;j [email protected]/08032725374 .