Ahrc-usa Meets With U.s. Department Of State Delegation From Iraq: 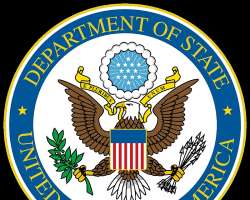 Recently, the American Human Rights Council (AHRC-USA) hosted a meeting with a delegation from Iraq exploring the topic of "Civil and Human Rights Advocacy," sponsored by the U.S. Department of State.

The delegation of 7 of human rights leaders, lawyers, educators, Iraqi Parliament associates and community leaders were visiting the Metro Detroit area as part of the international exchange programs on behalf of the U.S. Department of State, the U.S. Agency for International Development (USAID), and other governmental organizations, universities, and think tanks that promote global exchange and citizen diplomacy through Global Ties Detroit. One of the purposes of the exchange program is to learn about the state of human rights and civil liberties in America and the Arab and Muslim communities’ resilience and engagement on behalf of human rights.

The delegation's main objective for its visit to AHRC was to better understand its role as a human rights organization, including its initiatives and types of human rights issues it handles. The delegation was also interested in learning more about the U.S. systems of government, how to advance diversity, civil rights and human protections for minorities and immigrants, as well as the social activities involved in integrating minority youth. The discussion addressed the organization's work to empower the community with the skills, resources, and tools to become informed and engaged citizens on matters related to human rights.

“AHRC is a strong supporter of building bridges, cultural exchanges and dialogue,” said Imad Hamad, AHRC Executive Director. “These cultural exchanges enrich and enlighten both the visitors and the hosts,” added Hamad. “The more we learn about each other, the more we realize that we as human beings are more alike than we are different,” concluded Hamad.