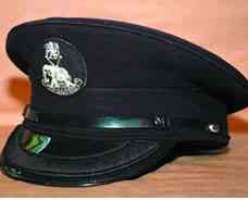 
Hell was let loose yesterday at the Akowonjo area of Lagos when a police constable allegedly shot dead a commercial bus driver and wounded a vulcanizer. The policeman was instantly lynched by a mob who overpowered him. Daily Sun gathered that a commercial bus fully loaded with passengers was flagged down by a police patrol team, which was reportedly busy extorting money from bus drivers.

The bus driver allegedly indicated that he had already paid his toll and refused to stop. The constable was said to have fired at the vehicle, killing the driver instantly while other passengers including a vulcanizer suffered gunshot wounds.

Sympathisers who witnessed the incident could not hold back their anger as they went after the police team.

Members of the police patrol team were said to have taken to their heels but the mob, which was desperate to avenge the death of the driver, simply identified as Kazeem, went after the team and succeeded in apprehending the constable.

The mob descended on the policeman and beat him to a state of coma. However, his colleagues called for reinforcement and about 10 patrol vehicles stormed the scene and took away the constable.

Daily Sun reliably gathered that he gave up the ghost on the way to the hospital. However, the mob, which took over the Akowonjo area, barricaded the road, chanting songs condemning the police.

Street urchins popularly called Area Boys hijacked the protest and wreaked havoc on vehicle owners suspected to be either military or police personnel. The protesters were chanting, 'Enough is enough,' 'Withdraw police from our roads.'

A commercial bus driver who identified himself simply as Wasiu alleged that police extortion on Lagos roads was becoming too much. 'They now collect N50 instead of N20. It is not one checkpoint; we have up to 15 checkpoints from Iyana-Iba to Akowonjo. So, you see our predicament,' he said.

He said: 'The police extortion is responsible for the increase in transportation fare in Lagos.'

As at press time, 25 police vehicles were at the scene of the incident. Commercial activities around the area were paralysed and traders closed their shops for fear of either being attacked by hoodlums or arrested by the police.

When contacted, the state police spokesman, Mr. Frank Mba confirmed that a policeman was alleged to have misused his fire arms by killing a commercial bus driver. He said some hoodlums who were at the scene, attacked the police team, destroying the police van while the police officer was badly wounded. He revealed that 24 suspects had so far been arrested in connection with the attack on the police.

Adding that the suspects have been moved to the State Criminal Investigation Department (SCID), Panti, Yaba.

He said, the Commissioner of Police, Mr. Marvel Akpoyibo has ordered full scale investigation into the matter. He said investigation would ascertain if the policeman misused his firearms and 'if so he would be charged for murder and other related offence while those arrested for attacking the police would equally be charged to court as there is no room for jungle justice in the state.