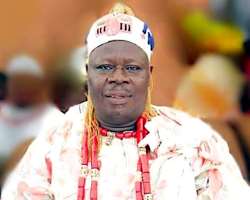 Oba Abdul Olakisan, the traditional and spiritual head of Ogboni confraternity, has asked kingmakers to ensure strict procedural steps of tradition and culture of Oyo kingdom in the selection of a next Alafin.

The traditional head, who expressed displeasure on the dimensions assumed by the selection process, warned that the process must not be politicised.

Olakisan said Oyo State government must ensure that due process, culture and tradition are strictly followed in the selection process.

As it were, over 60 princes from different ruling houses have signified interest in becoming the next Alaafin of Oyo.

Ogboni leader said, “Since the demise of our late father, Oba Lamidi Adeyemi, the former Alafin of Oyo, there have been torrents of speculations about the emergence of his successor and the criteria for selection.

“As a traditionalist and custodian of culture, it is important and equally expedient to publicly inform the government of Oyo State, Basorun of Oyo (the head of kingmakers) and all Oyomesi (the kingmakers) that the position of Alafin of Oyo must not be politicised, monetized but mainly traditionalised. Yes, there are many Princes, but only one of them will be a king, not two. Any mistake will spell doom on Yoruba land, and not only Oyo town.

“The mistake we made in selecting some Yoruba Obas in the past must not be repeated to save our culture. I have seen a Yoruba king claiming he was not choosen by Ifa oracle and he preffered to be addressed as Emir in Yoruba land. Any attempt to select a king without the consultation of Ifa oracle or manipulating the directives of Ifa oracle is going to result in calamity.”

He further said the exalted stool demand for somebody who is well cultured, rooted in history and heavenly ordained.

“Enough is enough, let us do the right thing and not good thing. Not all good things are right for a particular place, time and people,” the Ogboni fraternity leader stated.