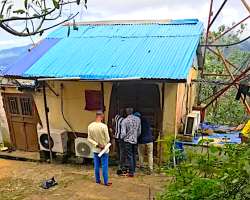 In mid-August, Sierra Leone’s broadcast media regulator, National Telecommunications Commission, suspended the licenses of privately owned broadcasters Star Radio and Star TV for over two weeks and denied workers access to the broadcasters’ transmitters in Brookfields, a neighborhood in western Freetown, the capital, according to an August 19 commission statementand Philip Neville, the broadcasters’ founder who holds 70% ownership of shares and handles the finances.

“Authorities in Sierra Leone should allow Star television and radio stations to continue reporting the news and provide the public with information,” said Muthoki Mumo, CPJ’s sub-Saharan Africa representative, in Nairobi. “Media regulators are too often used as tools to gag the media and the suspension of Star raises concern over freedom of the press in Sierra Leone.”

The commission’s statement said that the broadcasters failed to comply with sections 30 and 65 of the country’s telecommunications laws. According to CPJ’s review, Section 30 allows the commission to suspend or cancel broadcast licenses for various violations, including fraud, treason, or “where the suspension or cancellation is in the public interest”; Section 65 requires broadcasters to obtain “a general or specific license” to operate a radio transmitter. Neither section indicated penalties for violations and CPJ could not determine how the commission calculated the US$10,000 amount.

According to Neville and a copy of a 2017 letter he wrote to the commission, which CPJ reviewed, authorities granted the broadcasters separate licenses to operate in five regions—Freetown, Mile 91, Makeni, Bo, and Kenema—at the cost of US$700 annually for each radio frequency and US$2,000 annually for one television frequency.

Neville’s 2017 letter also said he had informed the commission that year that the broadcasters no longer used three of the frequencies in Bo, Kenema, and Makeni to reduce production costs, but continued to pay 6 million leones (about US$430) monthly to cover the licenses still in use. However, Neville told CPJ that the commission continued to bill his office for renewal of licenses no longer in use. Neville told CPJ that the broadcasters had always paid for the licenses used.

Neville told CPJ that he did not understand how the US$10,000 amount had been determined. He added that paying that full amount would place financial strain on the broadcasters’ operations.

Neville alleged that the commission’s decision to suspend his broadcasters’ licenses was in reprisal for Star TV’s August 13 airing of an episode of a Facebook talk show “Tell It To Racheal,” by U.S.-based journalist Racheal Bangura Davies.

Participants on the episode, which CPJ reviewed, blamed the Sierra Leonean government for causing violence that erupted during a nationwide protest on August 10.

In a text message to CPJ, Sierra Leone information minister Mohamed Rahman Swaray denied that the suspension of the broadcasters’ licenses was connected to the airing of the talk show episode.