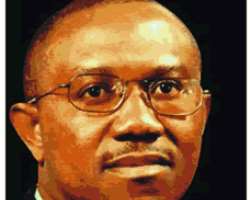 Chairman of the Caretaker Committee, Sir Vincent Okoye, disclosed this at Aviama Umudiana village square during a maiden meeting of the committee members and other residents of the community.

Okoye said the aim of the meeting was to brief the residents on the inauguration of the seven-man committee and it's mandate to conduct a successful election of the town union within at least two weeks before it's tenure would expire.

He said the committee, which was at Government House, Awka, during its inauguration was also mandated to reconcile different factions in the community and work towards restoration of peace in the area.

Okoye said structures would be put in place to achieve peaceful co-existence and urged aggrieved people in the community to sheath their swords and join hands with the committee to move the community to the next level. He said the state government would not welcome a situation where communal clash would erupt because of contest of which village would produce the president general of the community.

The committee chairman announced that the state government had dissolved all sub-committees of the community's General Assembly, calling on the vigilance groups in the area to report immediately to one Mr Joseph Udekwe for further briefing on security matters to ensure adequate protection of lives and property in the community.

In his comment, a member of the community and Head of Administration of Ayamelum Local Government Area, Chief Robert Jideani, charged the committee to carry everybody along while discharging its duties.

Spokesman of Elders Forum of the community, Chief Onuonye Nwabisi, in a brief speech, thanked the Caretaker Committee for its determination to enthrone new order in piloting the affairs of the community in a civilized manner and pledged the support of the elders in the community.