Obi-tuary, By Sam Omatseye: A REJOINDER 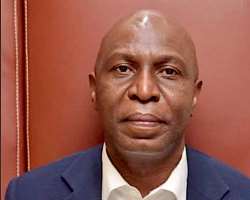 Were I to descend into the arena of filth, disgust and thinly-veiled idiocy as Sam Omatseye did in his ethnic-serving interest, I would have described the article as a masterpiece of hypocrisy, written by someone with a slave mentality. I will try not to go that way of debased mind. Still, some truths must be told, even the hard way. In addressing this article, I will not forget to mention the sad commentary by Lai Mohammed, that it is now evident that Peter Obi was the sponsor of #EndSARS because of the impact of the "Obi-dient" movement.

Before addressing the article itself, I want to recognise Sam Omatseye's right to hold his opinion, no matter how myopic and bereft of decency and/or decorum. Second, I believe the essayist has the competence to promote his principal, without running others down. Since he has chosen that path where his professional ethics has now clashed with his philosophy of ethnicity and stomach infrastructure, I will also mention the shoddy and doggy principal he seeks to promote.

In the first place, there is no quiet either in the Southeast or any part of the country. The last time I checked, Owo is not in Abia, Anambra, or any of the eastern states. It is also not in Benue or Plateau State. All over the country, people are bleeding, dying, hungry, and brutalised. It is the nationwide brutalisation that birthed the TakeBackNigeria, TBN, movement.

Secondly, the TBN was neither formed by the Igbos nor championed by it. If they chose to key into the movement, it is because the poverty level and suffering of the people is universal, and [for] the country has to be redeemed from dark forces of neo-colonialism called politicians. This writer is an articulate Esan man, and visible member of the TBN. I am a gentleman approaching my EIGHTIES. My motivation is that those who have stolen my future and my children's shouldn't be allowed to steal my grandchildren's. Lai Mohammed and his family, Tinubu and his family, etc, are the cult-like shakers and movers of the society. For those who created the terrorising Agberos, using them to unleash terror on dissenting minds and perceived enemies, to complain about the use of violence to resist oppression and aggression, is the hight of hypocrisy and unstable minds. Still on the texture of the TBN, His Eminence, Bishop Matthew Okpebholo, who donated a building of how many storeys, is both my Esan kinsman and a non-politician. Like Mary Magdalene, the facilitator of old, he isn't one of the Clerics seeking to rule this country by all mean, fair and unfair.

Thirdly, the Obidients of whom I'm a proud member, pre-dates Peter Obi, and while we are cooperating with the Labour Party, we have no desire to crumble the movement into that party. Instead, our relationship is one borne out by exigencies and interests. Our mission is to facilitate the election of credible and qualified candidates from the local government level, through states, to the presidency. It is immaterial who that candidate is, where s/he comes from, or what state the office is. It is a national movement and whether Peter Obi wins or loses is immaterial, so long the competition is free and fair. If anything, this movement is greater than the EndSARS that celebrities and hoodlums hijacked. It is the only credible body that can prevent Nigeria from either disintegrating or descending into anarchy.

Fourthly, the IPOB cannot be defeated because it is an ideology. Mazi Nnamdi Kanu himself cannot stop IPOB. Just like Sunday Adeyemo, aka Igboho, and Professor Akinloye, who are agitating for Oduduwa Republic, the calls are birthed by injustice, and ONLY justice, fairness and equity can dethrone the agitations.

Fifthly, the Igbos have never been outside the mainstream of Nigeria's affairs. Who else but the Igbos control the economy, commerce and technological base of Nigeria, save we want to continue to live in self-denial.

Sixthly, coming to the attacks on Peter Obi, it is evident he isn't in the class of Bola Ahmed Tinubu. His parentage is certain, his state of origin is not a matter of public or private debate, his age isn't questionable, and he doesn't look like those fit only either for a hospice, or resettlement home for the aged and infirm. He is also not a convicted criminal. If Peter Obi was caught with money at Apapa but wasn't prosecuted, it means that there was either a rational explanation for the possession, or CP Marvel Akpoyibo, a fine cop and lawyer, was "derelict" in his duty, which I doubt. Still, $200m isnt anything close to Tinubu's bullion vans that also went uninvestigated.

Seventhly, Peter Obi may not have said how he hopes to save money or grow the economy. When he does, it is most likely not to be recruiting 50 million youths to be fed with Agbado, corn or cassava. Obi will also not tweet his plans on WhatsApp or hire the Thirty (30) bishops of Baal. The likes of Bishop Matthew Okpebholo is enough for Obi. Happily, I know that Peter Obi and the Bishop have never met, to date. That's the beauty on whom God's oil and anointing is upon his head. Of course, every instrument of God has ALWAYS faced opposition from the children of the world. Obi is not, and can't be, an exception. That Obi is the focal point of attack, and not Atiku, should minister to the discerning mind and heart.

I come in peace.
Yours Obi-diently,
Major (Barr) Aburime Ben.