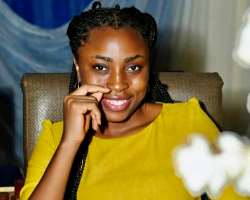 I read a tweet recently. It said, “Party politics will be the death of us in Nigeria”. I smiled. This was not the first time I was hearing something similar. I have heard analysis on how party politics is everything that is wrong with Nigerian politics. I have heard logical arguments on how allowing independent candidates to run for elections will checkmate party excesses. People have explained how the entire Nigerian system is rot with corrupt practices because “the system promotes corruption”.

What exactly is party politics?
Why is this considered the bane of Nigeria’s politics?

How come we point fingers at something so essential to our democracy?

What is the alternative to the so-called party politics that apparently holds all 250 million of us hostage?

Political parties are an essential aspect of a nation’s democracy. Only very few places (not countries) exist that are nonpartisan. Even in nonpartisan places, there exist platforms that produce candidates to contest elections. The bone of contention now becomes; what is the problem with Nigeria's party politics?

From my perspective, there are a lot of answers to that. The core, however, is the evangelism of loyalty to the party above personal interest. I find this concept very hypocritical. Politics is led by personal interest above all else. Personal interest determines every action or inaction taken by a politician. It is pure naivety that will make anyone think a politician will place party interests above personal ambition. If at any point the party becomes more of a hindrance to personal ambition, defection or cross-carpeting happens without hesitation. What can be seen as party loyalty is that a politician may delay gratification after weighing the pros and cons, but that gratification will be collected at the right time. This is why a presidential candidate can boldly “it’s my turn”.

Here is why this point is very important.
The first thing an aspiring politician does is to join a political party. You serve the party diligently by volunteering your time, energy, and resources to the progress of the party. In some cases, you might fund the activities of the party depending on your financial capacity. Everything you do for the party is in hopes that the party in turn will become that platform that will boost your political career. You picked this party based on your research, values and your aspirations and you already have a set goal and target time for achieving them with this platform.

After sacrificing your blood, sweat and tears, you see the light at the end of the tunnel. Just then, your party leadership prioritize “party interest” over what you consider your reward. A person with probably more resources than you is given the opportunity you have been prepping for. You are one leg out of the tunnel when the train speeds past you leaving you to inhale only the bad air. At that point, while you are still standing there, dazed from your baptism of fire, you start to question who exactly determines what party interests are. You realize that party interest is dictated by those that control the party leadership.

Eureka!
Now you see that party interest is just another word for the personal interest of the party’s national leadership or the ‘powers that be’. You try to wrap your head around what you might consider a betrayal. You are in disbelief. You start making calls to the powers that be looking for some explanation. All the while you are staring at your hand clenching the shortest straw possible; the irrefutable evidence that like others before you, you have been played by political terminologies you could not comprehend.

This is not your fault. However, it is what it is.
To an extent, the ability to comprehend and practice party politics is most important to a career politician. This is because party politics determine at what pace your political career advances. You might be the most popular person outside the party, or the most capable, but without a proper understanding of party dynamics, even your party loyalty will not matter. This is why a lot of people end up serving the party for years without recognition.

In every political party, some people are considered major stakeholders. For an aspiring politician, understanding the power dynamics that exist between these people is a crucial skill. Knowing when to prioritize the relationship with the State government over the government at the Federal level and also knowing when to bare your fangs all need a strategic mind.

I am not trying to ignore the importance of party loyalty. I am also not downplaying how relevant it is to party politics. Party loyalty is very important as it keeps conflicting personal ambitions in check. What I am trying to point out is simple; like every system, humans make up the system not the other way around. Sure, parties have constitutions that should guide their actions. But this is a mere suggestion open to the interpretation of the leadership of the day. Thus, party interest is very dependent on the humans at the helm of party affairs.

Rather than the misguided focus on loyalty to the party, a robust reward system will prove to be more beneficial both for the party and its members. If a party proves that hard work is rewarded with more access to political power, members will be more inclined to commit to party ideals. If party democracy is promoted rather than monetocracy, there will be no need to keep reminding members that staying true will yield results. For now, until a better alternative comes into existence, political parties remain the only platform used by citizens to contest elections in Nigeria. So regardless of personal ideology, we cannot take party politics from our democracy.

Will party politics be the death of us?
I doubt it.
If anything, party politics is one of the more exciting aspects of politics. It is the stage where regular citizens hold power over career politicians. It is at this stage that the saying “politics is local” comes to life. The party structures at the local government and ward levels are all made up of everyday citizens. If this aspect is gotten right, political parties will finally become the engine that drives good governance.

The party primaries for Nigeria 2023 elections are over. One aspect of the party politics has been played and the winners are now the candidates that will contest the elections. By September 28, the ban on the open campaign will be lifted and we will be introduced to another aspect of party activities. We will see parties going all out to sell their products. Hatchets will be buried. Alliances will be settled. We will hear things like “…collapses structure for…” We will listen to the news and analyze everything party spokespersons say. We will watch body language and try to read every undertone. We will do all these and more in hopes of understanding and predicting parties' interests. When all is said and done, like me, you will come to accept that party interest is just a façade to masquerade the ambition of a few people with the right access.