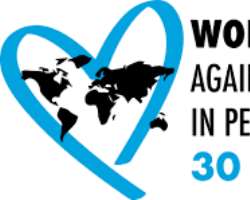 The American Human Rights Council (AHRC-USA) joins the nation and the global communities in observing the World Day against Trafficking in Persons that falls annually on July 30. The day was declared by the United Nations in 2013, UN Resolution number A/RES/68/192 as a day of awareness, education, and collaboration to fight human trafficking.

This year’s UN theme is “Use and abuse of technology.” It attests not only to the vital impact that technology and social media have on our societies but to the dangers it presents as well.

Technology enables access to people that was not possible before our virtually interconnected world. Social media is a true challenge facing the modern world as it is used for soliciting and recruiting in human trafficking. Social media and technology provide a way for human traffickers to break all barriers and bypass all jurisdictions to reach human beings to victimize. It enhances the criminals’ ability to target more victims. Social media provide large and variety of tools and techniques that helps them achieve their goals targeting women, children, and others. Social media allows criminals to hide their identity and their real intentions.

Human Trafficking is one of the ongoing challenges facing all societies. No community or country is immune of such crimes. Fighting human trafficking is not a law enforcement or government responsibility or task alone. These crimes are our common responsibility as people and government to face. Everyone does have a role to play here. No exceptions.

While anyone can be trafficked for all purposes, the prime victims of human trafficking are women and children who are sexually exploited. According to the United Nations, women make up 46% and girls 19% of all victims of trafficking.

Human trafficking is one of the most pressing challenges facing the US. In that regard, the Department of Homeland Security (DHS) Center for Countering Human Trafficking, Blue Campaign is one valuable tool to fight these crimes. Blue Campaign is designed to help create awareness, provide resources, educate about response techniques and victims-rights, prevention, and training. All are designed to help contain and reduce human trafficking.

AHRC calls upon everyone to post a Blue Heart logo on their social media accounts. It is a strong symbolic stance that shows our unity and determination to fight human trafficking. The united public stance is important, so we all continue to shed more light about these continued crimes and prevent more victimization. AHRC urges all to use the hashtag #EndHumanTrafficking.

“Human trafficking is a very real problem and awareness of this reality is a key ingredient of a successful campaign against this challenge to our societies,” said Imad Hamad, AHRC Executive Director. “Alert citizens are key to this fight,” concluded Hamad.