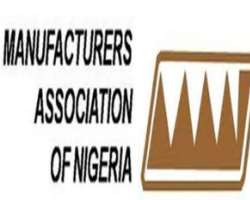 Manufacturers Association of Nigeria (MAN) the recent increase in the monetary policy rate (MPR) by the Central Bank of Nigeria (CBN).

MAN says the policy which was triggered as a means of curtailing rising inflation is not friendly to manufacturer.

The Director General, MAN, Mr. Segun Ajayi-Kadir, in a statement, said that the apex bank should rather put in place urgent measures to address the factors causing the escalating inflation rate to avoid economic recession.

“MAN strongly believe that high inflation is a major indication of macroeconomic inadequacies and failure to take steps to address the contributory factors will further limit economic growth and increase the rate of unemployment in the country, ” he said.

Ajayi-Kadir listed the implications of the high inflation rate for the manufacturing sector to include “rising increase in cost of production inputs with trickle down effects on capacity utilisation, inventory and profitability of manufacturing firms; higher MPR and lending interest rate, which will further constrained access to credit and increase the cost of borrowing for manufacturers, especially those in the SMI cadre and upward swing in the value of shares for manufacturing concerns listed on the stock exchange.

“It will also have differing implications like reduction in demand for manufactured products leading to poor sales and turnover; lower competitiveness as the high inflation rate further mounts pressures on the already very high-cost operating environment, which may hinder the prospect of beneficial trade in the region and the continent”.

To avert the negative trickle-down effects of high inflation on the economy and the manufacturing sector, MAN called on government to, among other things, deploy a bouquet of supply-driven policies back with more structural measures to combat the peculiar inflationary pressures from insecurity, energy and transport cost, and resolve all forex related challenges confronting the productive sector.

In the same vein, the MAN DG said that the hike in MPR represents another level of increase in interest rates on loanable funds, thus upscale the intensity of the crowding out effect on the private sector businesses. “Clearly, the increase in MPR has widened the journey farther away from the preferred single digit interest rate regime. It is not manufacturing friendly considering the myriad of binding constraints already limiting the performance of the sector. It will spur upward review of existing lending rates dependent obligations of manufacturing concerns, which will drive costs northward; Lead to rising cost of manufacturing inputs, which will naturally translate to higher prices of goods, low sales and enormous volume of inventory of unsold products; and Further reduce capacity utilisation, upscale the rate of unemployment, incidences of crime and insecurity as the capacity of banks to support production and economic growth is heavily constrained. MAN is therefore concerned about the ripple effects of this decision and its implications for the manufacturing sector that is visibly struggling to survive the numerous strangulating fiscal and monetary policy measures and reforms,” Ajayi-Kadir added.