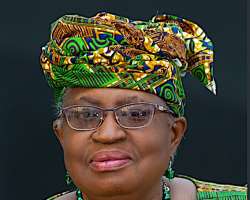 In a time of pandemic and war-related doom and gloom, a striking moment of real multilateral triumph must be celebrated.

In the early hours of 17 June, after several sleepless nights, Dr. Ngozi Okonjo-Iweala, the World Trade Organisation’s preternaturally energetic and resourceful Director-General, stood up and, her voice rising to a crescendo, told exhausted delegates words few had envisaged would be uttered at the end of the organisation’s 12th Ministerial conference (MC12): “You stepped up and delivered in every area we have been working on.”

She then listed a package of agreements now known as the Geneva Package — covering, among others, a waiver of intellectual property protections to boost countermeasures against COVID-19, a long-illusory agreement on fisheries subsidies, and a decision addressing food insecurity.

These achievements demonstrated, Ms. Okonjo-Iweala said, that the WTO “is, in fact, capable of responding to the emergencies of our time.”

She hailed a world in which WTO members “can come together, across geopolitical fault lines, to address problems of the global commons, and to reinforce and reinvigorate this institution.” WTO agreements are reached through consensus and are binding on members.

Multilateralism, under attack on multiple fronts, had been given a lifesaving shot in the arm.

The triumphant outcome at MC12 was anything but anticipated. In fact, on 13 June, a day before the conference opened, Nick Dearden, a columnist for Britain’s Guardian newspaper, wrote that delegates arriving for that conference would find the organisation in an “existential crisis.”

Amid a pandemic, Mr. Dearden bemoaned, WTO members were still caviling about temporarily waiving property rights of pharmaceutical companies to allow developing countries to produce COVID-19 vaccines; and many of them were still confused about a “common approach” to the growing global food crisis. It was time, he wrote, to “bury” the organisation.

Pessimism about the WTO—as about Africa—is nearly always a safe gamble. Only this time pessimism lost.

Africa’s Benefits
First, there was an agreement about the definition of fish. It was no mean feat. For the past 21 years since fisheries negotiations were launched at Doha, this was one of the fraught issues. Fish, the agreement now states, “means all species of living marine resources, whether processed or not.” The old canard that it includes “aquatic plants” had been quietly jettisoned, almost without notice.

The agreement on fisheries also includes a curb of around $22 billion in annual government subsidies to fishers from wealthy countries who ravage African waters. In other words, this agreement, as well as helping to protect the livelihood of millions of small-scale and artisanal fishing communities in Africa and elsewhere, will also help protect ocean health.

The WTO Director-General writes it is the first such pact in WTO history “with a primarily environmental objective at its core.”

Request for the waiver had been submitted by India and South Africa in October 2010, long before Dr. Okonjo-Iweala became Director General. That request triggered a counter proposal from the European Union. Things stalled until she initiated a highly creative process, bringing together India and South Africa (the original proponents), and the European Union and the United States (two key right holders). In five months, the Quad produced an “outcome document” that formed the basis for serious negotiations.

For full disclosure, I facilitated those negotiations as Chair of the TRIPS Council beginning in early May through to the ministerial conference. However, Ms. Okonjo-Iweala and her Deputy, Ms. Anabel Gonzalez, helped guide those negotiations. It was the last decision that was gaveled, at 4:30 am, shortly before the conference was brought to a close.

Work on extending the waiver to cover therapeutics and diagnostics, as mandated by the MC12 Decision, has already started and has to conclude before the end of December this year. In the meantime, the decision will be celebrated in Africa, particularly in countries with the capacity to manufacture vaccines.

Resented by pharmaceutical companies for going too far and by civil society for not going far enough, the TRIPS decision would help African countries work together to build and diversify vaccine production capacity. It will provide a streamlined avenue for exporting vaccines to countries in need—directly or through international humanitarian programmes.

At the moment, four WTO members (US, EU, UK and Switzerland), all in the global north, produce over 90 percent of COVID-19 vaccines, and more than 70 per cent of Africans remain unvaccinated.

Third, in the midst of current global food shortages and record high food prices, the MC12 Declaration on food insecurity includes a decision that removes export prohibitions and restrictions on the World Food Programme (WFP) humanitarian purchases, ensuring food assistance reaches the most vulnerable. Hundreds of millions of Africans suffer from hunger. Dr. Okonjo-Iweala said the decision would help WFP “do its difficult job of feeding millions” of people facing hunger.

That she was working on many difficult issues and still overseeing other negotiations, including tackling food insecurity, underlines her depth of commitment to the developing world, especially her continent, Africa.

Beating expectations
Success triggers greater expectations, as well as pushback. Empires always fight back. The struggle to integrate Africa firmly into the global trading system must continue. Remember that the WTO, which sets rules that facilitate around 97 per cent of global trade, helped make the developed world significantly richer by opening up global trade for their companies. By some estimates, the organisation, and its forerunner the General Agreement on Tariffs and Trade (GATT), has helped increase trade among members by around 171 per cent.

Africa’s share of global trade has actually declined from a high of around 4.4 per cent in 1970 to about 3 per cent currently. Our earnest friends and detractors never tire of reminding us of this. It is time to reverse this trend. And in Dr. Okonjo-Iweala, Africa has a champion.

The Doha round or the WTO 4th Ministerial Conference in November 2001 for the first time bracketed development as a central goal of global trade. Over two decades later, this sentiment remains merely aspirational. It must become a policy goal.

I wrote shortly after Dr. Okonjo-Iweala took over as Director General that the growing expectation of what she might deliver for the continent needs to be tempered, in part because of the sheer difficulty of navigating decisions in an organization that moves at a glacial pace, and where paradigm-shifting decisions tend to be studiously avoided. But by sheer force of will, hard work and enormous goodwill, the WTO under her leadership is delivering more than could have been expected.

BOX
Highlights of the Geneva Package

All package documents can be found here .
Dr. Lansana Gberie is Chair of the Council for Trade-Related Aspects of Intellectual Property Rights and Ambassador Extraordinary and Plenipotentiary Permanent Representative of Sierra Leone in Switzerland