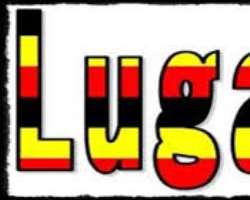 I can understand why some Baganda are opposed to " forceful" Swahili introduction in schools. People exist as members of a culture. There is no such thing as a person without culture. In forcing a person to speak a new language, a part of their identity is destroyed. As a common adage in linguistics goes, languages don’t leave fossils.

In Spain under dictator Franco, Castilian (aka Spanish) was made mandatory all over Spain. It was to be taught and spoken in schools. The policy was, eventually, unsuccessful but not without damage to other languages. Russia did the same in Poland but the policy was a bit unsuccessful.

Basically, I find the whole obsession with Swahili as a binding factor for the East African federation, a bit lame. Kenyans still look at themselves as Kenyans, not Tanzanians, despite the fact that Swahili is widely spoken in both countries. Kenyans aren't sp united with Tanzanians over issues. Swahili certainly wasn't a major factor in the fall of the EAC in 1977.

I believe if Uganda turns itself into the " Dubai " of East Africa, people from other countries will naturally move in there and learn the most spoken language in the country. It's simple, if you decide to live in a place, you have to try to learn its language and the social fabric that binds it.

A developed country attracts people of various backgrounds in the same way wealth attracted colonialists. The British colonised the whole of America apart from Alaska because they thought they was nothing there. Until oil was found there, nobody was very enthusiastic about holding it. Russia sold it to the US at a bargain price.

Therefore, as long as the EAC countries are still poor, Swahili won't do much for them. Germany can still do business with France under EU regulations regardless of the fact that people speak different languages.

My point is that a language naturally grows because of resources and opportunities in the country. Believe me, if Kenya and Tanzania were having so many opportunities for Ugandans, we wouldn't need a Museveni policy to learn Swahili. All that the region needs is to develop itself and keep quiet (basilike)!