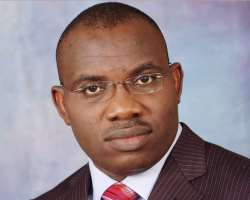 The governorship candidate of the All Progressives Grand Alliance, APGA, for 2023 general elections in Ebonyi State, Professor Bernard Odo, has flayed those saying that his party has no structures to win elections in the State.

In an interaction with newsmen recently in Abakaliki, the State capital, Odo maintained that the suffering masses of Ebonyi State across social groups formed the structure to drive the Party to victory.

Rating high his chances of winning the election, Odo expressed pride that APGA was the only contending political party in the State not having parallel governorship candidates from its primary election.

He added that both the incumbent All Progressives Congress and the People's Democratic Party in the State have remained unsettled over their flag bearers.

Odo said: ""I am a teacher and the university is my structure; the secondary and primary schools are my structures.

"I am a Christian, I belong to the people in the Church impoverished with hunger by poor political leadership.

"Those people are my structures.
The deprived Civil servants are my structure.
So, we are prepared for the job."
Odo further decried the high level of poverty and deprivations in the State, attributing them to bad leadership.

He maintained that Ebonyi people were visibly tired of their present status where businesses, institutions and rights have been killed by leadership high handedness and greed.

He stressed that APGA, through him has provided a viable alternative to engineer a departure from the old ways to a new industrialised Ebonyi state, where the welfare of the people would be guaranteed.

He said: " Frankly speaking, our chance of victory is quite high, and I will give reasons why I believe so.

"Every election cycle offers citizens the opportunity to make choices.

"Right now we know what we have faced in the last couple of years, in terms of our poverty rating; in terms of ease of doing business; in terms of quality of our education, health, Agriculture, our judicial system, and ability of citizens to express themselves freely in this State.

"We know the indices, therefore, the choice is ours.

"As enterprising Igbo people, we have no business being the 3rd poorest State in the country.

"In Ebonyi today, our ranking for ease of doing business is 34 out of 36, which means that the government is very hostile to business.

"Ease of contract enforcement; if you have issues around contract, and you want to go and get justice from the judiciary, we are ranked 34 again.

" Right of way from government, we also rank 33.
"The taxation here is scary such that many people are not comfortable doing business in Ebonyi.

Many businesses have closed.
So, the indices are the reason we are in the situation we find ourselves.

One of the things we are committed to doing is to reverse the trend.

"We must balance the taxes with incentives to business owners.

The governorship candidate assured that his administration would focus on eliminating poverty in the State through economic stimulation and job creation.

"I am running because, I believe we have the programme that has enormous potential to take us from the back numbers we are in today to where we ought to be.

"We must make Ebonyi State to rank among the first 5 states in ease of doing business, that way, investors will cone into the State.

""If we don't encourage SMEs and big businesses to do business here with less harassment, less taxation, best business friendly laws, we cannot play host to business owners and investors.

So doing, we cannot create job for the younger generation."

Odo challenged his competitors to a debate on issues of governance, saying: "My focus is to invest on our people, and I will only embark on those project that impact positively on the people."

Highlight of the interactive session was the unveiling of Dr Nkata Chukwu as Odo,s running mate for the gubernatorial race.