Imo State Court Inspector Dies After Being Shot By Kidnappers 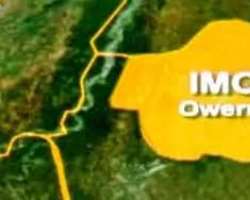 An Imo State court inspector, Odera Onumajulu, is dead after sustaining gunshot injuries from her kidnappers.

The Owerri branch of the Nigeria Bar Association (NBA) confirmed the death of the lawyer on Thursday in the state capital.

Onumajulu who was abducted and shot on May 22 in Owerri, died on Wednesday.

Before her death, the deceased was a Customary Court Inspector. She died on Wednesday evening after medical personnel battled for one month to save her life.

The gunmen who kidnapped her in front of her house shot her before letting her go.

The Owerri Branch Secretary of NBA, Chinedu Agu, said that the union was saddened by the death of the female lawyer.

In his words, “The deceased lawyer died on Wednesday after she suffered a gunshot injury from dare-devil kidnappers who abducted her on May 22 in front of her house.

“It is very sad how another colleague has become a victim of the ravaging insecurity in Imo.

“We extend our condolences to both her family and extended members of the family.”