Bulletin #17: 2023 And Beyond: Constitutional Restructuring Of Nigeria 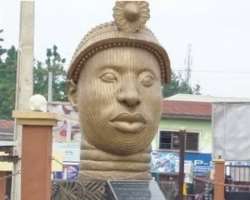 The Yoruba Referendum Committee welcomes the emergence of Asiwaju Bola Ahmed Tinubu as the presidential Candidate of the APC. Placed within the context of his previous political journey as a major participant in the pro-democracy movement which eventually brought about the current post-military civilian order as well as his resistance to the Obasanjo anti-Federalist Administration, the onus is now on him to pursue his Party’s Re-Federalization of Nigeria, already acknowledged as a necessity in his Party’s Manifesto, whether the party wins the 2023 General Elections or not.

2. This expectation is reinforced by the process that played out during the primaries of the major parties where the primacy of the National Question in Nigeria, heavily laden with the religious, became obvious, despite allusions to “Federal Character”, “Zoning” or “power rotation” between the North and South. The parties eventually picked their candidates from the Nationalities, and the major contenders did not hide their Nationality identities and representation, without recourse to their religious persuasion thereby ensuring the primacy of the Nationality (“zone”) in their political calculus.

3. The conclusion of these primaries brought into broad and sharp relief the centrality of the National Question and its resolution as categorical imperative and confirms the reality that, regardless of religious identities, political power, representations, and manifestation reflect the Nationality (“zone”) rather than the religious persuasion of the individual candidate which must therefore further strengthen the responsibility of the Peoples of the zones, the Nationalities, on their engagement with the victorious candidate, the political parties and by extension, the Nigerian State, by placing the quest for True Federalism in Nigeria firmly on the table, as formulated in our conclusion.

4. It is also noted that, this is the context through which an expected “third force” comprising the Labor Party, civil society, and Yoruba self-determination groups, is to emerge, supposedly anchored on a “radical/revolutionary leadership which will turn Nigeria around”, disregarding the reality of the National Question alongside colonialism and its successor, the post-Colonial State which sought and still seeks to neutralize the Nations and Peoples of Nigeria as Federating Units. This will be a losing proposition for Self-Determination of any Nationality because the Labor Party has already shown its anti-Federalist nature by rooting for the patently anti-Federalist “Local government autonomy” while its "third force" associates are yet to establish any roadmap towards self-determination for their Nationalities, which, ordinarily, ought to inform on their political choices.

6. The above shows that the while United Nations itself is still undergoing a process of addressing fundamental issues on Self-Determination, it is operating under the foundational premises dictated by the “Major Powers” in its Security Council, with their own interpretations of global order and which demands the Legitimization of our quests in our engagement with them and which, so far, is lacking and cannot be wished into existence.

7. Besides, all military and civilian administrations since 1986, established mechanisms for addressing the above issues, attempting to legitimize doubtful socio-political legacies - IMF debates, Political Bureau, Niki Tobi's Constitutional review, Abubakar's consultations, Obasanjo’s “Technical Review Committee”; Yar Adua’s Constitutional Review, Jonathan’s “Confab” and APC’s Committee on Restructuring; none of which yielded the desired degree of Autonomy for Nationalities/Regions making up Nigeria. In each of these, it was a case of working to the answer, with various “zonal consultations” which were never subjected to the imprimatur of the People, especially through Referendums, either among the various Peoples or in the various zones, for affirmation or rejection, thus making those exercises subject to the whims of those in power as we experienced.

8. The summary of all the above is the recognition of True Federalism as the road towards the development of Nigeria’s Political Economy as had been known and projected, especially since the return to civil rule in 1999.

9. All efforts stated above failed mainly because the various Peoples or Nationalities in Nigeria played no part in the exercises. Reversing this trend is therefore a necessity for the Yoruba now that the APC is once again expecting to keep power and more so with a Yoruba as its Presidential Candidate.

10. The Yoruba Referendum Committee recognizes the opportunity that once presented itself during the Olusegun Obasanjo Administration, which was aborted by the inability of the then Yoruba Political establishment to rally Yoruba People around the “Yoruba Agenda”, already agreed upon by the Yoruba in 1994. Rather, they chose to surrender the initiative to the Obasanjo Administration, placing its trust on it to achieve True Federalism. Since then, all processes towards True Federalism have been predicated on continuous reliance on those in power at the center, thereby making it the fulcrum around which every demand revolves and denying the Peoples their participation in their aspirations and hopes.

11. To address which the Yoruba Referendum Committee proposes as follows: (i) Referendums by the various Nationalities as Federating Units aimed at recreating Nigeria as a Multi-National State, defined as a “Federal Nigeria, through a valid Federal Constitution, to be known as The Union of Nigerian Constituent Nationalities, with a Federal Presidential Council, whose members will be selected or elected from each of the Nationalities as Federating Units and from whom a Head of State will be selected or elected as the primus-inter-pares with an agreed term.” This form of State will permanently take care of the North/South and Christian/Muslim divides by representation of the “Zones” or Nationality in the Presidential Council and confine “monetization” and the Nationality/Religious questions within cultural and social boundaries in existence within the zones/Nationalities and from where resolutions can be advanced (ii) For the Yoruba, this will be the Yoruba Referendum to be conducted through the instrumentality of the Houses of Assembly in Yorubaland and aimed at creating a new political and economic paradigm for Yorubaland modeled along the experiences of our “Golden Era” (iii) It is strongly advised that the Yoruba Referendum is conducted before the 2023 Elections, because the result of the Referendum will be further reinforced by the results of the General Elections, which will further provide a legitimate basis for Re-negotiating Nigeria’s Structure.

12. It may be asked why a Yoruba Referendum when there is a National Assembly through whom the Restructuring will go ahead via Constitutional Amendment or any other process. Asking us to look forward to some legislation or Constitutional Amendment from the National Assembly towards Restructuring will be waving a flag at the problem; for, aside from the fact that the current Constitution is the problem that must be resolved, the National Assembly does not represent the Peoples of Nigeria as it does recognize the Peoples as the Federating or Constituent Units, substituting them with the administrations of the States and Local Governments. Therefore, the only way to remedy the situation is for the various peoples of Nigeria, to, in a Referendum within themselves, decide the framework for their aspirations and self-actualization which then becomes the foundation for RESTRUCTURING Nigeria.