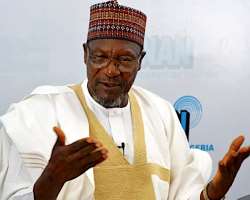 The defection was confirmed by his special adviser on media and publicity, Muhammad Jamil Gulma

He said, “Senate Leader Dr Yahaya Abdullahi will on Wednesday by 9 am leave Abuja for Kebbi and proceed to Kamba local government to formally declare for PDP and to possibly indicate his interest to contest his present seat.”

Dr Yahaya had initially participated in the APC’s Kebbi governorship primaries and was reported to have scored Zero votes.

He, however, outrightly rejected the outcome of the results, describing the process as shambolic and child’s play.

Sources have suggested that his defection may not be unconnected with the governorship primaries and several failed truces by the national leadership of the ruling APC.