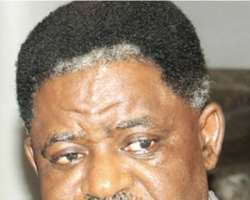 Erhenede said all the 163 accredited for the election voted for Egwu.

Officials of the Independent National Electoral Commission (INEC) and Security Agencies were present to monitor the exercise.

Senator Egwu in an interview said he was impressed by the transparent nature of the exercise and thanked the national and state working Committee of the PDP, security agents and INEC for a job well done.

While appreciating the delegates and other stakeholders for finding him worthy of their votes, Egwu promised never to disappoint them at the Senate if he eventually emerged in the general election.

He promised to work with all, including his opponents, to move Ebonyi forward, adding that those who did not win today, could win tomorrow.