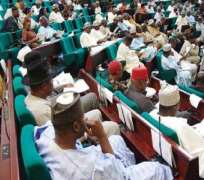 ABUJA, July 22, (THEWILL) - Barely twenty hours after it formally gazetted the revised 1999 Constitution, the Senate today unanimously passed the Electoral bill, thus notching up the frenzy for the 2011 general elections.

The new bill repeals the Electoral Act 2006 and re-enacts the Independent National Electoral Commission Act that would regulate the conduct of federal, state and Area council elections and other related matters.

Also the new bill, which may be assented to by President Goodluck Jonathan sometime next week, provides that the Independent National Electoral Commission (INEC) should conduct all elections between 150 days and not later than 120 days before the swearing in ceremony of elected officers.

Debating the report of the Electoral Committee, Senators harped on the need for INEC to make adequate provisions for election materials in order to ensure timely commencement of voting.

Major highlights of the amendment include section 31, which is on time limit for submission of list of candidates and affidavits by political parties.

However, at a press conference to clarify the issues, Senate spokesman, Senator Ayogu Eze informed that the election into the National Assembly will be conducted by INEC ahead of other elections.

"I hope the House of Representatives will do the same and we can go for conference to harmonize the bill. Before we go on recess next week, the harmonized version of the Electoral Act will be transmitted to Mr. President for assent," he said.

relationship between some state governors and members of the National Assembly.

On the relationship between senators and their governors, Eze declared; "A lot of us have very good working relationship with our governors, so the issue of fear of governors does not arise in this matter. We are responding to aspirations and yearnings of Nigerians so that they can be involved and participate actively."

Nonetheless, Senator Eze threw more light on the controversy surrounding Section 121 in the revised constitution, which forced the senators to go into a prolonged executive session. He explained that some of senators sought clarification on the resolutions of the Katsina and Kwara States Houses of Assembly on the clause.

"The status of Section 121 did not pass because we discovered Katsina State voted 'Yes and No'. They later withdrew their yes and later sent 'No'. As a result of some controversy we had to go behind closed doors to clarify the issues and get the facts cleared. It's in respect of Section 121 which seeks to give financial autonomy especially to State Houses of Assemblies.

"Yesterday the indication was that that section has scaled through but we discovered that there were two papers from Katsina State one of them showed that that section has been passed through their vote and proceedings. The argument was because the floor was not briefed. But when the principal actor was called and confirmed in case of Katsina and Kwara States. We didn't want to be ridiculed in the eyes of Nigerians. We have given the secretariat the report and we hope the House of Representatives will do the same.

"Don't make mistake, the first amendment of the 1999 Constitution is already law. Both Assemblies claimed to have been enjoying financial autonomy even under the late President Umaru Musa Yar'Adua. To make the matter more complex, the original has been taken away. I will blame the consultant and the secretariat that prepared the paper work. This slip arose because somebody didn't do his job well.

"What we did yesterday was just a formality, once the Houses have voted; those sections have become part of the Nigerian constitution.