Russia has fired hundreds of missiles in its war with Ukraine, but the US assesses most have failed, reports say 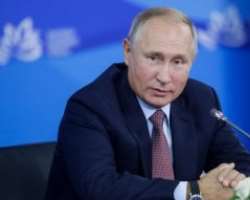 Abbie Shull An unexploded rocket from Russia sticks out of the road in Ukraine on April 22.Photo by Mykhaylo Palinchak/Getty Images

Russia has fired off more than 1,100 missiles in its ongoing war with Ukraine, according to a US defense official , and over 2,100, according to Ukraine, but many of Russia’s missiles have apparently either failed on launch, malfunctioned in flight, or missed their targets, according to officials familiar with the intelligence.

A US official who spoke with Reuters on the condition of anonymity due to the sensitive nature of the information revealed that US intelligence shows Russia’s day-to-day missile failure rate sometimes exceeded 50% for certain types of precision-guided munitions. Two other officials said the failure rate was sometimes as high as 60%.

And an anonymous US Defense Intelligence Agency official told Newsweek that the US assesses Russian missile success to be at just under 40% overall.

“If you look at the launches overall,” the senior DIA official said, “we are talking well under half of all Russian missiles hitting their aim points.”

For air-launched cruise missiles in particular, US intelligence indicates the failure rate on any given day ranges from 20% to 60%. Experts told Reuters that anything over 20% is cause for concern. A missile is seen in the middle of a road near Kyiv as Russian attacks continue in the city on May 16,2022Dogukan Keskinkilic/Getty Images

VanHerck told the panel that Russia has “had challenges with some of their hypersonic missiles as far as accuracy,” adding that they have had specific issues with the operational effectiveness of their cruise missiles.

Missile strikes against Ukraine have become a key and devastating feature of Russia’s brutal assault on its neighbor. Last week, Ukrainian President Volodymyr Zelensky said “the Russian bombing of Ukraine does not cease day or night.”

Kharkiv’s regional governor, Oleh Synyehubov, told residents to take shelter and said that nine people were killed this week in missile strikes in the region.

“The enemy is once again insidiously terrorizing the civilian population,” Synyehubov said in a post on Telegram. “It is too early to relax.”

US officials testifying before the Senate Armed Services strategic forces subcommittee said that Russia’s missile use in Ukraine is the largest employment of missile systems in Europe since World War II.