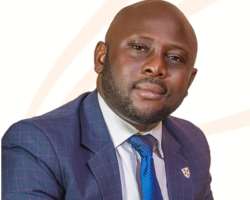 The forum of Ebonyi PDP House of Assembly Aspirants has called on the national leadership of the party to intervene without further delay to avert impending implosion of the PDP in Ebonyi State.

The Chairman of the forum, Mr Steve Rodstick Eze in a Press conference in Abakaliki said they have keenly observed the turn of events in Ebonyi State PDP over the past 3 weeks and gravely concerned for the party and their ambitions.

Mr Eze maintained that they are worried over the delay in conducting party primary election in the state.

Eze said: "We the aspirants for Ebonyi State House of Assembly on the platform of our great party, The Peoples Democratic Party (PDP) have keenly observed the turn of events in Ebonyi State PDP over the past 3 weeks and we are gravely concerned for our dear party and our ambitions"

"We are concerned over the ugly uncertainty we face every day in Ebonyi State PDP, it has become URGENT that we speak out to our National Party Leaders to intervene and save the party from aperent impending IMPLOSION of the PDP in Ebonyi State".

"About a month ago, the party opened her door for Sales of nomination and expression of interest forms giving Aspirants the privilege to join the race for 2023 general elections. Over 70 persons aspiring for Ebonyi State House of Assembly seats bought forms, filled, and submitted and got cleared".

"Some of these aspirants sold their properties, while some borrowed money to purchase their forms and to go round parts of their respective constituencies for consultations with party members and delegates".

"A lot more persons bought forms to contest for other various positions such as House of Representatives, Senatorial and Governorship positions".

"The House of Assembly primary election was first scheduled to hold on May 7th, 2022 and since then it has been postponed for three (3) times".

"Finally, other states already had their primary elections on Tuesday 24th May, 2022".

"However, in Ebonyi State we are currently faced with deafening silence and uncertainty with our fate and that of our party hanging on the balance over the primary election for various offices".

"As good party men and women, we've endured this tumultuous and harrowing days with stoic confidence and hope that the National Working Committee (NWC) of our great party would adequately arrest the situation and ensure that our party faces the coming election".

"It's now trending in Abia, Anambra, Imo, Enugu and other states (in other zones) that the NWC sells tickets to highest bidders causing those who have stood firm with the party in trying times to be frustrated out of the party, a situation that is causing serious crisis in various chapters of the party, especially in the Southeast"

"In the last two days three great icons of the PDP in the Southeast namely their Excellencies Mr. Peter Obi, an outstanding Presidential aspirant of our great party, Senator Ike Ekweremadu former Deputy President of the Senate and a Governorship aspirant in Enugu State and Senator Enyinnaya Abaribe, the Senate Minority Leader and a Governorship aspirant in Abia State have all left the PDP in a most disgraceful manner".

"We are, therefore, particularly appealing to NWC to quickly set matters straight as it concerns the case of 3-man ad-hoc delegates and primary elections in Ebonyi State".

"We demand that the NWC of the PDP save the party in Ebonyi State and the Southeast by intervening on current crises that has thrown millions of PDP faithfuls in Ebonyi State into confusion, despair and uncertainty".

"We demand that the NWC do the needful and take active steps to set aside major impediments and ensure primary elections are conducted in Ebonyi State in a free and fair manner before the June 3rd deadline in line with extant electoral laws".

"We alert our teeming members in the state and Nigerians at large to hold the PDP National Working Committee of the PDP responsible should Ebonyi State fail to field Candidates for various positions in the 2023 general elections." He stated.