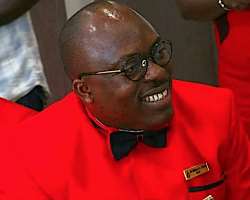 The Rivers State Accountant General, Fubara Siminialayi, has emerged as the governorship candidate of the Peoples Democratic Party in the state ahead of the 2023 general election.

Siminialayi polled 721 votes to defeat his two closest rivals, Isaac Kamaku and George Kelly, who had 86 votes and 37 votes respectively.

The immediate past Secretary to the State Government, Dr Tammy Danagogo, came fourth with 36 votes.

A total of 898 votes were cast, while eight were voided, according to the election committee chairman, Prof. Walter Mboto.

Sixteen aspirants had contested for the party’s ticket after a series of stakeholders’ meetings and consultations led by the state Governor, Nyesom Wike.

Siminialayi hails from Opobo, a riverine area in Opobo Local Governmentnt of the state.

Meanwhile, some of the aspirants, including the immediate past Secretary to the Rivers State Government, Dr Tammy Danagogo; Senator George Sekibo; former senator, Lee Maeba; Gabriel Pidomson and the immediate past state PDP chairman, Felix Obuah, among others reportedly boycotted the primary despite hitherto going through the entire process.

Our correspondent gathered that they were opposed to Siminialayi as the governor’s choice who eventually emerged the winner.

Fubara Siminialayi was earlier declared wanted by the Economic and Financial Crimes Commission, along with three other top state government officials over alleged N117 billion fraud.