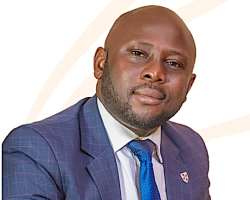 This is as he clarified that the court of appeal's decision which ordered a stay of execution of his swearing in as Chairman of the party can not stand as the said action had already taken place and ratified by the party.

He also noted that PDP has withdrawn from joint appeal it filled with the other applicant in the matter Tochukwu Okorie effectively rendering the matter dead.

Reports had circulated on Monday that an Appeal Court in Abuja had sacked Mr Ọnụ and restored Mr Tochukwu Okorie as Chairman of the party.

Mr Okorie, was declared winner of the party's state leadership election last year but was sacked by an Abuja High Court last month in a suit by Onu challenging his (Okorie's) election.

The lower court had ruled that Okorie was not qualified to stand for the election and ordered that Ọnụ, who came second, be sworn in immediately as Chairman, an order which was immediately carried out and implemented by the party.

But Okorie and the PDP immediately appealed the lower court's decision at the appeal court but the PDP a few weeks later ratified and recognized Onu as the Chairman.

On Monday reports circulated online that the Appeal Court had sacked Onu as Chairman.

But Onu, a Lawyer debunked the news stating that the Appeal court has not ruled on the substantive matter filed by Okorie and the PDP.

He clarified that what the court ruled on was on a motion for stay of execution of the lower court's ruling adding that the the order has already been carried out.

He said:"there is no judgement by Court of Appeal so I wonder how court of appeal sacked me. It is an interlocutory application of Stay of Execution, it heard and granted them their prayer for stay of execution.

"In any case, before the rulling was given, PDP which is the first applicant to the case, had briefed Tochukwu's lawyer, who incidentally was PDP's Lawyer to withdraw their application for stay that they are no longer interested in it because they have fully implemented the judgment, the lawyer deceived the court and said PDP did not debrief him, that he is still representing PDP", Silas alleged.

Mr Silas said PDP has filed a notice of discontinuance in court which means the matter is dead as it was a joint appeal.

"Because the order is interlocutory, if the main case had been withdrawn, the order would also lapse, the reason why it cannot stand is that Tochukwu and PDP filed the joint appeal, it is one process that they filed together".

"So you cannot separate Tochukwu from PDP, now if PDP has withdrawn from the appeal, the court must strike out the entire appeal for Tochukwu to go and rewrite his appeal and file again, making PDP a respondent in the new process, and the supreme court position on withdrawal of case is that the moment you file it, the case dies that day, the day of hearing is the day of burial"

"The order is based on a case that is pending in court, because they say stay of execution pending the hearing and determination of the appeal, now if there is no appeal to be heard and determined again, it means the order itself dies, so the order they got this morning died this morning, the order cannot stand, so their jubilation is just a waste of time", he added.