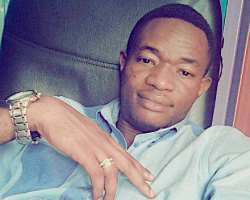 No fewer than 10 persons have been nabbed by Lagos State Police Command suspected to be involved in a gruesome murder of a sound engineer, identified as David.

David, who was said to be a sound engineer, was on his way home from a club before he was lynched and burnt to death, allegedly by a group of Hausa men due to a misunderstanding with a commercial motorcyclist, popularly called Okada rider, over N100 balance.

A Police source disclosed to journalists that, "10 people have been arrested in connection with the murder they are presently in Maroko police station in Oniru."

However, the spokesperson for the state police command, SP Benjamin Hundeyin, on Sunday, also confirmed the arrest of suspects said to be involved in David's murder but could not confirm the number.

Hundeyin said, "four persons were arrested the same day the incident occurred", adding that the case was immediately transferred to the State Criminal Investigation and Intelligence Department.

He said he could not confirm if the CIID had arrested more suspects.

Meanwhile, hashtag "#JusticeforDavid" has been created on social media platforms to demand justice for David, said to have been killed by a mob of commercial motorcyclists of northern extraction in Lagos.