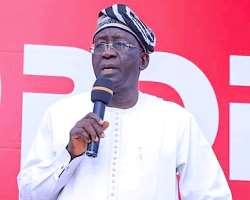 The Peoples Democratic Party (PDP) has stated that its presidential primary election will not be zoned to any region.

Debo Ologunagba, PDP spokesperson, announced this on Wednesday night after the national executive committee (NEC) meeting at the party’s headquarters in Abuja.

He said the decision aligns with the recommendation of the party’s zoning committee.

“After a very extensive deliberation, NEC aligned with the recommendation of the PDP national zoning committee that the presidential election should now be left open,” Ologunagba said

“The party should also work towards consensus where possible.”

The party’s decision implies that all presidential hopefuls from the six geo-political zones can contest at the party’s special convention scheduled to take place on May 28.

Delegates from across the country will elect a candidate to represent the party in the 2023 presidential election at the special convention.

The announcement finally put to rest speculations regarding the zoning of the opposition party’s presidential ticket.

In April, there were reports that the PDP presidential ticket was thrown open — after the zoning committee submitted its recommendation to the national working committee (NWC) of the party.

The situation elicited criticism, especially from those in the southern part of the country.

But Samuel Ortom, governor of Benue and chairman of the zoning committee, denied the claim and said he was misquoted on the matter.

The PDP spokesperson also said the NEC appointed David Mark, former senate president, as chairman of the special convention committee, while Ifeanyi Ugwuanyi, governor of Enugu, will serve as the deputy chairman and Ibrahim Shema as secretary.