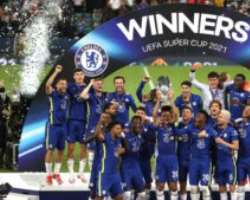 Chelsea Football Club is set to announce aconsortium headed by American businessman Todd Boehly are set to be confirmed as the preferred bidder to buy the club off Roman Abramovich. Reports indicate the group have also reportedly agreed a period of exclusivity to negotiate the takeover.

The US tycoon is no stranger to the sporting world, he owns stakes in US baseball franchise the LA Dodgers, US women's basketball team Los Angeles Sparks as well as the LA Lakers. Boehly is keen to expand his sports portfolio and made a £2.4 billion bid to buy Chelsea in 2019 which was rejected by Roman Abramovich.

Boehly  has a reported net worth of £4.72 billion, however his ownership of the Dodgers has been called into question. As per the  Daily Mirror , ahead of the 2021 season they were the side with the highest luxury tax and also spent the most money on wages in Major League Baseball.

It’s been another day full of twist and turns at Stamford Bridge. What appeared to be the final three bidders were awaiting a decision from Raine when the news broke that INEOS owner Sir Jim Ratcliffe had submitted a late bid worth £4.25bn for the club.

That offer is believed to have been submitted too late, however, with the Boehly consortium understood to have been told that they will be taken forward as the preferred bidder. That means equally-strong groups fronted by Boston Celtics co-owner Stephen Pagliuca and former Liverpool chairman Sir Martin Broughton look to have missed out.