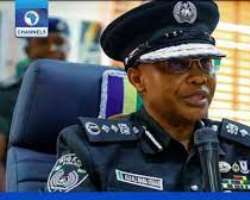 The Inspector General of Police, Usman Alkali Baba has been petitioned by about 45 families in Osun state over the allegation that State Government hijacked their land without compensation.

The families also accused the state government of threatening their lives with their thugs.

In a petition written by Bukola Onifade Esq, on behalf of Hammed Lawal, Muliku Mojolagbe, Engineer AbdulMuib Adekola, Sule Jimoh and Saka Adabanija and their families, disclosed that the invaded land is situated at Igboro, along Owode-Ede, in Ede North Local Government Area of Osun.

While calling on the police to intervene in the matter, the families also alleged malicious damage to their properties, intimidation and harassment of their families.

According to the petition: “Our clients are the customary and legitimate owners of the said lands from time immemorial under the Yoruba Native Laws and Customs. The parcel of land situates, lying and being at Igboro, Along Owode-Ede, Osogbo Road, Ede North Local Government Area of Osun State and exercise the unhindered and exclusive right of possession.

“The invasion of the said land is premised on the purported unlawful, allegedly taking over by the state government without doing the needful to the rightful owners of the land.

“The families being aggrieved on the ways, manner and procedure adopted by the government in taking over their rightful land and converting same to personal and/or commercial purpose, our clients were not happy and they took legal steps.”

The petition noted that the suit is pending before the appellate court haven been rejected by the lower court, while adding that “the suspects were led by the Osun State Joint Taxes Force (JTF) to demolish the fences erected on the land without a court order".

The families therefore requested the apprehension of the suspects and demanded thorough investigation into the circumstances behind the matter.