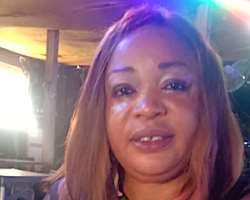 The Peoples' Democratic Party (PDP) in Afikpo North local government area yesterday berated Ebonyi state House of Assembly for declaring the seat of a lawmaker from the council vacant.

The ward Chairmen of Afikpo North East state constituency and the party's PDP Council Chairman said the House had no right to declare the seat of Lilian Ngozi Eziuloh representing the constituency vacant.

The Lawmaker's seat, alongside that of Oliver Osi(Ivo) and Deputy Speaker, Odefa Obasi Odefa were declared vacant by the leadership of Ebonyi State House of Assembly last week following a purported letter of defection allegedly written by them denouncing their membership of the PDP in the State.

This claim by the House has continued to generate lots of ripples within and outside the State House of Assembly as the Lawmakers on different fora has denied the purported letter, describing it as fake and concocted.

The Afikpo PDP chapter on a statement emphasized that the reason for Ezuilo's persecution was connected to her blunt refusal to join the All Progresive Congress (APC) against all odds.

The Afikpo North Local Government Area Chairman of the PDP, Sunday Okor Nnachi in the statement stressed that the Lawmaker never resigned her membership of the Party.

He stressed that the PDP at the Local Government level remain solidly behind her as she pilots the affairs of Constituency without any form of distraction.

The party Leaders frowned at the victimisation of their female Lawmaker by the leadership of the State House of Assembly.

"This clarification has become necessary in view of the letter purporting to convey her defection from the PDP. We urge our members and the general public to disregard the said letter as it did not emanate from Hon. Lilian Ngozi Ezuiloh.

"We condemn in strong term the seizure of the salary, allowances and other entitlements of Hon. Lilian Ngozi Ezuiloh on account of her refusal to leave the PDP and her purported suspension by the Speaker of Ebonyi State House of Assembly.

"We affirm our support for Hon. Lilian Ngozi Ezuiloh and urge her not to be distracted from delivering quality representation to the entire people of Afikpo North East State constituency."

Also, the member representing Ivo State Constituency at the State House of Assembly, Oliver Osi whose seat was also declared vacant, has described the action of the House as inappropriate and unjustifiable.

"I didn't resign my membership of the PDP. I am a bonafide member of the PDP and I do not have any reason to resign.

"My mentor, Senator Anyim Pius Anyim is contesting for the position of the President of the country on the platform of the PDP. Am I insane to resign from the PDP? I have no intention to join APC and will never join the APC. PDP remains my party.", he said.