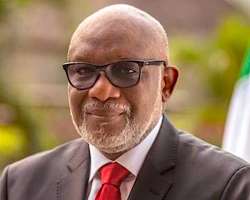 At the award ceremony, an historical Yoruba book titled "YORUBA NI TOOTO 2" which comprises the histories of Abeokuta, Ondo, Akure and Ijebu-Jesha would be unveiled to the public while presidential spokesperson, Mr Femi Adesina would review the book.

Speaking about the event, publisher & editor- in-chief of YORUBA TOOTO newspaper, Mr Kunle Babarinde said "This would be the first time that a Governor would be awarded in the Yoruba language newspaper industry. Gov. Akeredolu has done extremely well for the Yoruba race in the past few years.

"The impact of Gov Akeredolu in the formation of South West Security Network known as Amotekun blew our mind and that of many Yorubas. Also, as the chairman, south west Governor's forum, Gov Akeredolu has provided an impressive leadership without taking political affiliations into consideration.

"One must not forget his role in the implementation of anti-grazing law as the chairman, southern Nigeria Governor's forum.

"So, with all these, we believe Arakunrin should be well celebrated on the 17th of March. Also, the historical book to be unveiled would be dedicated to women who have been a source of pride to Yoruba land or who have given birth to children that has been a pride to Yoruba land.

"At the event, a lecture about the progress of Yoruba land without political interference would be delivered by Afenifere chieftain, Mogaji Gboyega Adejumo."