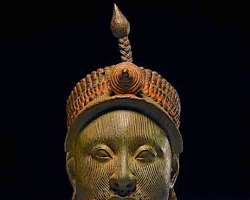 Our reasons are as follows:
(1) The fundamental issue confronting the Peoples of Africa is the resolution of the National Question on a continental level as well as within each country. This truth is borne by the reality on the Continent where Rwanda is often cited as the exemplar of African renaissance based on her human and material development.

(2) What is not debatable about Rwanda is that whatever it has become today, or in the process of becoming, cannot be divorced from the extremely violent resolution of her National Question, otherwise known as the “Rwanda Genocide”, a repetition of which we believe no one would wish on any of the Peoples of Africa.

(3) Furthermore, Rwanda is entrenched on a dictatorship centered around the person of the President such that economic transformation as a necessity, by itself, has been substituted for the person and power of the President, occasioned by the suppression of dissent such that continuity of such transformation is dependent on Presidential Benevolence and which may not necessarily continue once the present benefactor is off the scene, one way or the other, as has happened in other African countries flaunting their development credentials wrapped around the benevolence of the leader exemplified by Kwame Nkrumah, Sekou Toure, Julius Nyerere, Thomas Sankara et al.

(4) The only exception is Obafemi Awolowo of the Western Region of Nigeria, where, despite his travails and the twists and turns of our existential reality, the social, cultural, political, and economic philosophy embedded within the People and pursued within the short time frame of our Regional existence, ensured its continuity, even after his demise, where political relevance is generally measured in terms of fidelity to, derives from, and is driven by the historical and categorical necessity his government and leadership ensured.

(5) What is playing out in Nigeria is the resolution of the National Question within the context of a contest between the forces of Unitarism, anchored by the North, politically as the NPC and the East, politically as the NCNC, both of which represented the Unitarist realities of their societies; already being practiced in the North; but an expectation in the East, fueled by the projection of her political leadership aimed at neutralizing the West, through subversion of Western political leadership since the dawn of anti-colonial agitations. This became the basis for their political alliance in their quest to dominate and control the Nigerian geo-political space until the breakdown in their military relations.

(6) Unlike the Western Region, the bastion of Federalism, taking her cue from her historical trajectory, anchored on a Federalist relationship between the various Kingdoms, which prevented the emergence of an overall kingdom for the entire land; and despite the attempt to neutralize, under the valid reason of waging a war against foreign occupation, resulting in the famous Kiriji War, pitting Yoruba Unitarist forces against the Federalists; an inconclusive war because of colonial intervention, despite which the tendency towards Federalism remained fundamental within the Yoruba political psyche.

(7) The Nigerian State was, and still is, the result of this contest between Unitarism and Federalism, with the 1960 Independence Act only an interregnum: the battle resuming immediately afterwards, where the North and the East, through their alliance, formalized Unitarism with the 1963 Constitution, resulting in its entrenchment as the defining characteristic of the Nigerian State politically, economically, and internationally.

(8) Politically, manifesting in various ways, among which are: (i) the manipulation of the 1962 Census, riding on the shoulder of the 1952 Census which had already given the North a Parliamentary majority and which the alliance later used against the Western Region, culminating in the 1965 Western Regional crisis and later the January 15, 1966 Military coup which temporarily ended the alliance and subsequent coups thereafter, further cementing Unitarism, this time with the North in almost absolute control (ii) despite this, the East yielded to the North, and remain committed to the alliance, always willing and ready to throw its weight behind the North against the West; (iii) Centralization of power through the atomization of the Peoples into different states dependent on the Center;(iv) the calibration of electoral votes in favor of the North, thereby enabling them to call the shots at any election;(v) centralized control over Party Affairs (vi) determination of party priorities outside the purview of their social and cultural environments (vii) denunciation of the Nationalities, reducing them to “tribes”, just as the colonial power did; (viii) attempting the “detribalization” of the Nationalities which can only end up in a “Rwanda” and (ix) Legitimization of all these(and more) by the current Constitution, reaffirming the Unitarist nature of the Nigerian Post-Colonial State.

(9) Economically, presenting itself, in Yorubaland, among others, through (i) the neutralization of the foundational economic philosophy which defined Yorubaland between 1951 and 1959, established on the foundations of a political economy of social development, with development banking an integral part, exemplified by the Yoruba version of the “too big to fail” economic necessity via the “buy out” of the Agbonmagbe Bank, preceding the famous US experience under President Obama by 50 years. (ii) massive central investment in commercial agriculture and irrigation, controlled especially by Military Officers thereby making the rest of the country dependent on the North (iii) the gradual neutralization of a development paradigm through the negation of human capacity development experienced through the de-education of the people and the subsequent integration of the country’s economy into the vortex of underdevelopment as dictated by the IMF, which eventually culminated in the enforcement of the Structural Adjustment Program, thereby de-industrializing Yorubaland (as well as the entire country).

(10) Internationally, especially within the West African sub-region, and mainly in favor of the North (i) the trans-humance protocol allowing cross-border movement of pastoral Fulani without inhibition; (ii) the gradual entrenchment of Ethno-National Fulani control of several countries in West Africa as can be seen in the Gambia, Senegal, Guinea Bissau Sierra Leone, Mali, Niger;(iii) the anti-Terrorism war in the Sahel, incorporating some of these countries and Nigeria.

(11) Despite all these, efforts of the Lagos state government under Governor Tinubu to engage the Central government, on various issues pertaining to the Federalist cause whilst also trying to address economic underdevelopment, especially through the deployment of “technocrats” as the antidote to underdevelopment, disregarded Nigeria’s experience with technocrats from the IMF, World Bank, and other international agencies, not making a dent on Nigeria’s underdevelopment. Such efforts eventually failed to advance beyond his tenure, when successive central Governments embarked on policies reinforcing the Unitarist forces in Nigeria.

(12) The infrastructural development touted by the current administration is anchored on a negation of human capital development, resulting in the superimposition of a colonial economic paradigm characterized by provision of access to raw materials for export and which has now been extended to exportation of human materials evidenced by continuous migrations out of the country.

(13) Yet, the Western Region cured this deficiency, by the introduction of a political economy anchored on an all-round education policy as the precondition for human capital development, and by extension, the overall development of the society and which eventually enabled the growth of aspirations and expectations that was experienced, providing the basis for the hope binding the Yoruba People today.

(14) The current administration’s much-touted infrastructural development lacks this essential component, to wit: human capacity development, more so when technological, scientific, and social education production are severely lacking, and with public and private education at all levels in shambles, with no roadmap for resuscitation, resulting in a steady decline of human capital, engendering a heavy reliance on foreign human capital as the operators of the economy.

(15) All of which begs the question as to what is to be done. The Yoruba Referendum Committee posits that the answer is in resolving the National Question in such a manner that will avoid the Rwanda Experience as well as the on-going war in Ethiopia between Unitarist and Federalist forces and provide a beacon for the rest of Africa.

(16) This starts from the recognition of the Peoples/Nations in themselves, and for themselves, restoring their ability to define their aspirations and expectations, and which is possible only if they are recognized as the Federating Units in a Federal System replacing the current Unitarist experience.

(17) Efforts of the Lagos State government earlier alluded to, testifies to this. It took less than eight years for succeeding central governments to create roadblocks against the successes achieved. This shows that whatever was achieved could be neutralized in short order unless the Unitarist forces are decisively and permanently defeated.

(18) It is recognized that such an expectation, by itself, will not lead to a manifestation, unless it is taken from the realm of “reasoning” and brought into the arena of practical politics.

(19) Hence the resolution proposed by the Yoruba Referendum Committee is as follows: (i) Referendums by the various Nationalities as Federating Units. (ii) For the Yoruba, this will be the Yoruba Referendum to be conducted by the Houses of Assembly in Yorubaland, aimed at recreating Nigeria as a Multi-National State, defined as a “ Federal Nigeria, through a valid Federal Constitution, to be known as The Union of Nigerian Constituent Nationalities, with a Federal Presidential Council, whose members will be selected or elected from each of the Nationalities as Federating Units and from whom a Head of State will be selected or elected as the primus-inter-pares with an agreed term.”

(20) A Bill on the Yoruba Referendum, to be passed into Law and pave the way for conducting the Referendum has been submitted, twice, to the Governors and Speakers of the Lagos, Ogun, Oyo, Osun, Ondo and Ekiti State Houses of Assembly.

We humbly ask that you all, individually or collectively, take a Categorical Stand on this Yoruba Categorical Imperative.