2023: To Save Nigerians From Entering Another “One Chance”, Political Candidates Should Be Sold Like Consumer Products 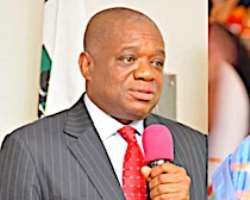 It is not an exaggeration to say that not few students and gurus in the field of marketing hold the notion that the strategies that are usually adopted while selling consumer products can be brought to bear while executing the campaign programme of a political candidate ahead of an election. They have postulated that a political candidate can be sold to the electorates in no different way from a detergent or an apple. To them, a political candidate is just another product to be sold.

In his book on the 1968 US elections, Joe McGinniss exposed the Madison Avenue techniques used to successfully push the election of the already once-defeated Richard Nixon as president. Since then advertising types and market researchers and pollsters have been adopting the campaign strategies enshrined in the book to project any candidate they work for to the people, particularly ahead of very crucial elections. For the sake of clarity, Joe McGinniss was an American non-fiction writer and novelist whose book, “The Selling of the President 1968 described the marketing of then-presidential candidate Richard Nixon.

In fact, political campaigns have increasingly been compared to marketing campaigns in which the candidate puts himself on the voters' market and uses modern marketing techniques, particularly marketing research and commercial advertising, to maximize voter "purchase." However, it is expedient to say that whichever technique adopted by the political candidate, his campaign manager and party is never an end to itself. Rather, it is the media that dissipates or rather spirals the contents derived therefrom to the electorates in the form of news and features articles through diverse media platforms.

Against the foregoing backdrop, it is germane to say that the very essence of a candidate's interface with the electorates is a marketing one and always has been. Therefore, argument against the similarities between commercial marketing and political marketing is unarguably unsound.

Having succeeded in this context to explain that there is no difference between a consumer product and political candidate, permit me to also express the view at this juncture from marketing perspective that campaign managers should in the course of selling their principals to the electorate seek to eliminate what can contextually be called “political dissonance”; just like cognitive dissonance in marketing, and encourage the electorates (buyers) to key into the Unique Selling Points (USP) of the candidates. The reason for this is that such attitude will lead to longer-lasting relationships and raises the chances of repeat voting for the candidates in political disposition. .

For the sake of clarity, dissonance in marketing causes a conflict or tension within a consumer considering a product purchase. This is usually an uncomfortable feeling for the consumer and usually leads to the buyer taking his or her money elsewhere or experiencing remorse over the purchase.

Analyzed from the perspective of the foregoing marketing principle, the electorates have for the umpteenth time being offered products or rather political candidates ahead of an election, and who they massively voted for at the poll, only to clinch the position aspired for, and become a pain in the neck of the people. Being a wrong choice, the people are wont to experience deep-seated dissonance.

Without any iota of exaggeration, political campaign managers and supporters of political candidates have throughout political history been deceptive in the information they pass to the people they expect to vote for their principals, and at the same time resort to bullying whenever any controversial issues that surround their “paymaster” is mentioned for clarification or for shaming. To me, any controversial issue surrounding a political candidate should in a civil manner be explained to electorates. In the same vein, supporters of the politician, who more often than not turn themselves to attack dogs of their principals, should also understand that the electorates have the right to ask question on what they don’t understand about the political candidate they are considering to support and vote for.

Now, think of a scenario where a mango seller gets angry and threaten the buyer for merely asking, “Hope these mangoes are ripe underneath because there is rumour making the rounds that the mangoes you sell are not usually ripe inside”. To a good seller, the response to the harmless question should not be farfetched as he can politely say, “Whoever told you that I use to sell rotten mangoes did not tell you the truth. Notwithstanding, buy these mangoes from me today. If they are bad, hold me accountable”. As can be deduced from the foregoing, not only was the explanation of the mango seller polite and persuasive, the tone of his voice and his body language were persuasive, and not combative.

Argued from the angle of the foregoing facts, it would not be wrong to opine that the interview which the director-general of the Tinubu Support Management Council, Abdulmumin Jibrin, granted Arise TV was bungled. It was bungled by the interviewee, Jibrin. Wittingly or unwittingly, it appears he did not see the interview as an opportunity to sell the candidacy of his principal, Asiwaju Bola Ahmed Tinubu, to the electorates. It was bungled because he repeatedly snubbed questions concerning Bola Tinubu’s source of wealth, cash-carrying bullion van and age. It would be recalled that the interview was conducted to reinforce the acceptability of Asiwaju Bola Ahmed Tinubu’s candidacy, having declared for the 2023 general elections as a presidential candidate.

While on the morning show of Arise Television, Mr. Jibrin was asked about Oseni Rufai, he was asked about his principal’s source of wealth and the discrepancies around his age, said “This question you have just asked is part of what I have answered earlier. I think at this point that we have gotten to, our emphasis should be on the pedigree of this candidate. What he has achieved.”

He rudely requested that the interview should revolve around the presidential aspirant’s capacity and competence, and not on his source of wealth and age, and ostensibly went ahead to enlighten the interviewer. What ostensibly infuriated him most was the brash manner the question was put to him. Hear the interviewer,” How did Bola Tinubu make so much money that he had a bullion van in his home on Election Day. And how old is he?”

Not comfortable with the question, Mr. Jibrin responded thus: “When you continue to repeat the question, you will get the same answer. These are all trash from the internet that people put together and we will not elevate such conversation.

“But when the campaign commences, we will bring out facts and figures before Nigerians but we will not create a narrative for them.”

Imagine his response! He is waiting for campaign to commence before he clears the air on certain controversial issues that surrounds his principal’s personality, and may likely impede the acceptability of his candidacy.

When the dialogue became heated, he questioned the journalist’s professionalism while asking the interviewer to “tolerate his response.” He commented thus, “I responded, if you don’t like the way I responded to it, you move on.”

It is expedient to take note of the fact that Jibrin had earlier during the interview said being a good leader is not a function of age.

To my view, all media managers that are charged with the responsibilities of their principals that have decided to run for various positions in the upcoming general elections in 2023 should have it at the back of their minds that every controversial issues surrounding their principals should be clarified for public good.

The reason cannot be farfetched as not few Nigerians are extremely been circumspect on who to vote for or not to vote so as not to join another “One Chance”. I think Nigerians have suffered enough in the hands of disingenuous, insensitive and incompetent politicians.