My Main Priority Is To Unite The People Of Northern And Southern Kaduna For Peace, Equity, Justice And Prosperity - Senator Shehu Sani 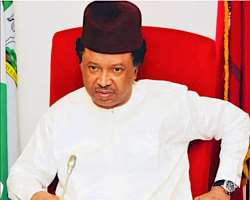 Senator Shehu Sani, has said he is vying for the Kaduna State governorship seat in the 2023 election to unite the northern and southern parts of the state.

Shehu Sani frowned at the polarisation of the citizens in the state along geographical lines while unfolding his “Talakawa Agenda”.

According to him in a statement titled, “My Talakawa Agenda for Kaduna State, 2023-2027”, his main priority is to unite the people of Northern and Southern Kaduna for peace, equity, justice and prosperity.

He condemned the kidnapping and banditry that persisted for long in the state, assuring that his mission is to end banditry and terrorism and secure the lives of the people by consistent and technical support for all security agencies located in the state.

Sani explained that his mission for the state includes the verification and payment of the state debt burden, re-industrialisation of the state, reactivation of moribund industries and massive support for Small and Medium Enterprises as well as infrastructure development of neglected rural areas.

He added, “Others are cancellation of open and hidden fees as well as sundry charges in public schools and hospitals, massive and mechanised agricultural scheme and agro-allied industries to maximally explore the agro potential of the state.”