Warns That There Is No Shortcut To Ebonyi State Government House 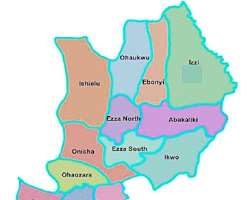 A socio-political group, Ebonyi First Movement, has condemned what it described as "attempts to ambush" Ebonyi electorate in the forthcoming Ebonyi Guber 2023. In a communique signed and released by the Director-general of the group, Everestus Ekuma, to journalists at the end of her summit in Abakaliki on 5th January 2022, the group said that the current hype on the mantra of zoning, equity and guber rotation order as well as the debate it is generating constituted an unnecessary distraction and an attempt to ambush Ebonyi electorate and capture the 2023 Ebonyi governorship election process. The group said that the mantra of equity and power rotation arrangement or zoning was a lie as none existed at any point in the history of Ebonyi State. The group said that if Ebonyi people wanted a rotation order, a political summit should be convoked to arrive at it.

"The fact remains that at every point in time, Ebonyi electorate has always chosen their governor through the ballot box. We therefore advise anyone who aspires to govern Ebonyi people in 2023 to brace up and meet Ebonyi electorate because there is not going to be any short cut to Ebonyi State Government House".

Ebonyi First Movement vowed that it is mobilizing Ebonyi people through its multi-pronged campaigns to reject incompetent aspirants who want to hide under the veil of various mantras other than competence to grab power. The group advised those who want to govern Ebonyi people in 2023 to forget about high-sounding mantras and summon the courage to approach Ebonyi people and tell Ebonyi electorate why they (the respective aspirants) deserve the support of Ebonyi electorate.