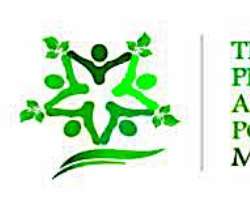 The Integrity Youth Alliance has condemned the proposed Occupy Nigeria Protests by The People's Alternative Political Movement (TPAP-M) slated for January 2022 against the planned removal of fuel subsidy.

In a press release on Sunday, 26th December 2021 signed by the National Coordinator of the Alliance, Kelvin Adegbenga, he said that subsidy removal is a constitutional matter; based on the signing of the Petroleum Industry Act in August 2021 by President Buhari.

"The People's Alternative Political Movement (TPAP-M) should have gone to the National Assembly during the public hearing on the Petroleum Industry Act to kick against subsidy removal when the debate was on and opportunity given to Nigerians to make input, '' the statement said.

“It will be a constitutional breach for the Nigerian National Petroleum Company Limited to subsidize fuel from February 2022 because there is no provision for subsidy in the Petroleum Industry Act,'' the statement reiterated.

The statement reads, “The demand for be indictment and prosecution of present managements of the Nigerian National Petroleum Company (NNPC) Ltd ‘for crass incompetence that has resulted into the failure since 2012 to have to turn around the fortunes of the refineries’ is laughable because since the assumption of office of the GMD/CEO of the NNPC Limited, Mal Mele Kyari has turned around the fortune of the Company through constant publications of the NNPC Monthly Financial and Operations Report (MFOR) with the 72nd edition of the Report released on Wednesday, 22nd December 2021.

“Known for loss making in the past 44 years of its existence, the Nigerian National Petroleum Company (NNPC) Limited according to its 2020 Financial Report declared a N287 billion Profit After Tax (PAT) all under the management of Mal Mele Kyari.

“It is on record that the management of the NNPC Limited under Mal Mele Kyari signed the signed Engineering, Procurement and Construction (EPC) activities for a full rehabilitation of the Port Harcourt refinery complex by Tecnimont S.p.A.

“It is also on record that on Wednesday, 8th December 2021, the House of Representatives Committee on Petroleum Resources, Downstream said the rehabilitation work on the $1.5bn Port Harcourt refinery is on course. The committee urged all stakeholders to give their maximum support to the project, describing the 24-month timeline for the project as realizable.

“There is no doubt that the Buhari administration will ensure full rehabilitation of the Port Harcourt refinery complex, aimed at restoring the complex to a minimum of 90% of its nameplate capacity.