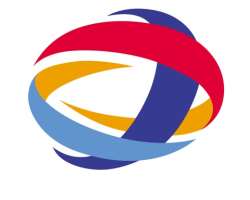 
ABUJA, July 15, (THEWILL) - French Oïl giant, Total, has announced the signature of an agreement to acquire Chevron’s 45.9% interest in Block 1 in the Joint Development Zone (JDZ), the company said in a statement made available to THEWILL.

Total will operate the block in partnership with Addax Petroleum JDZ 1 Limited, Dangote Energy Equity Resources and Sasol Exploration and Production Nigeria Limited. The JDZ is governed by a treaty signed by Nigeria and Sao Tomé and Principe in 2001 for a period of 45 years. This transaction is subject to approval by relevant authorities.

The license extends over an area of close to 700 square kilometres in water depths ranging from 1,600 to 1,800 meters. Within this licence, a discovery was made in 2006 (Obo-1 well). The proximity of the Total-operated licenses and facilities in Nigeria will enable cost reductions in developing the license’s resources.

This acquisition is in line with Total’s strategy of expanding its exploration and production operations in the Gulf of Guinea.

In 2009, Total’s equity production in Africa averaged close to 750,000 barrels of oil equivalent per day (including that of unconsolidated subsidiaries), accounting for 33% of the Group’s total production.

Africa is one of Total’s main production growth focuses. Most of its exploration and production operations are located in Gulf of Guinea countries especially Nigeria and Angola and in North Africa.

Deepwater developments are one of Total’s main growth areas in Africa. Development of the Group’s second deep offshore project in Nigeria, in the Usan field on the OML 138 permit, began in early 2008, with production scheduled to start up in 2012. Also in Nigeria, front-end engineering and design (FEED) for the Egina field in OML 130, near Akpo, is underway.